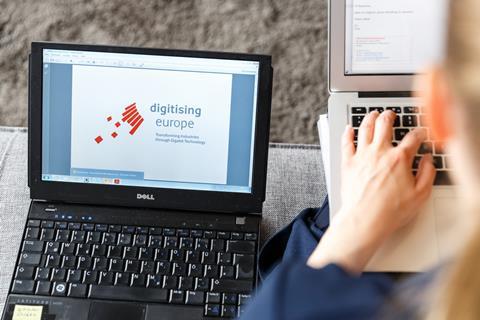 Vodafone’s Europe Region ended the financial year to 31 March 2019 (FY18–19) with another sketchy set of results, again highlighting how the Group’s leadership has (deliberately) increased reliance over the last decade on a domain where it lacks a halfway‑decent growth platform.

Previous FY18–19 quarters had witnessed fluctuating rates of top-line contraction in the Europe Region (Vodafonewatch, #172 and passim), and this theme continued in the final three months of the year (Q4 FY18–19), with service revenue dropping by an accelerated 2.1%, to €6.8bn (£6.0bn).

Even that picture was flattered by the Group’s highly caveated metric of “organic growth, excluding the impact of settlements” (i.e. altered to account for M&A, exchange rate, and one‑off legal impacts). On pure “organic” terms, the Region’s service revenue fell 3.5%.

The bots are seeing growth, at least

Margherita Della Valle, Chief Financial Officer of Vodafone, said the operator had progressed “more than halfway towards this goal” by the end of FY18–19 (i.e. after one year), aided by automation-infused in‑sourcing to (and consolidation of) Shared Services functions. It also looks to have a full savings agenda going forward, with the reorganisation and downsizing initiatives that have been flagged in markets such as Italy, Spain, and the UK, as well as the Group’s drive to refresh infrastructure-sharing relationships in Europe (Vodafonewatch, #174 and passim).

Nonetheless, these measures were not enough to prevent a one percentage point-fall in adjusted core earnings margin for the Europe Region in FY18–19, to 31.6%, and it is increasingly clear that more Group stakeholders have now wised up to the importance of more top-line impetus, to drive profitability and cash flow — not just another round of salami-sliced cost savings.

To help produce ‘growth’, as well as open up more ‘synergy’ extraction opportunities, Vodafone remains in sore need of the sticking plaster offered by its pending buyout of German cable operator Unitymedia, as well as other Liberty Global businesses in Czech Republic, Hungary, and Romania (Vodafonewatch, #165 and see separate report).

Germany and Italy: waiting for change

Other takeaways from the Region’s results included: