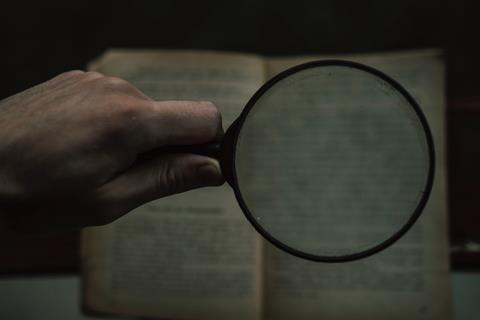 The Competition and Markets Authority (CMA) set out the initial scope of its Phase 2 investigation into the proposed merger of O2 UK and Virgin Media (O2‑VM) and signalled an intention to focus on the potential of threats to competition in relation to wholesale services provided to mobile network operators (MNO) and mobile virtual network operators (MVNO) in the UK. Meanwhile, Telefónica appears to be lobbying for a quick clearance, as the CMA adjusts to its growing responsibility post‑Brexit.

An in‑depth review of the planned merger had been anticipated since the deal was announced, although for a time there was uncertainty as to where this review would be undertaken, with the European Commission seemingly determined to have a say. However, when jurisdiction was finally settled, and CMA oversight was confirmed, O2 and Virgin Media’s respective owners, Telefónica Group and Liberty Global, moved to accelerate through the gears and instigate a thorough Phase 2 inquiry rather than go through the formalities of a Phase 1 review.

The CMA has indicated that at this stage it does not consider that the new joint venture (JV) will directly cause a substantial lessening of competition in the retail sector, because currently, the two players tend to compete in different markets. Virgin Media’s mobile business is stagnant, and largely based on fixed‑mobile bundles, while O2 is overwhelmingly a pure‑play mobile operator. However, there are two vertical wholesale markets where the CMA believes there are grounds for closer examination of the deal.

In investigating the anticipated impact of the VM–O2 merger, the CMA will focus on whether the JV would have the ability to impede competition in any area, whether it has the incentive to do so, and also how significant the potential negative effect of that action may be.

The areas where the greatest risks have been identified are linked to O2’s current position as a wholesaler providing access to MVNOs, and Virgin Media’s position as a passive fibre supplier for backhaul services used by MNOs, where it is second only to BT Group’s Openreach in the country.

The CMA will consider whether the proposed JV could cause significant harm to rival MNOs’ business by changing Virgin Media’s current approach to the provision of passive fibre lines used for backhaul.

Potential dangers include backhaul price hikes, falling service quality, restricted availability, or a complete cessation of passive fibre services, in favour of providing active lines only. The review will attempt to determine if alternatives exist that could counter any attempt by the JV to restrict access in these ways, or if existing contractual obligations will put a stop to withdrawal.

The CMA will also consider whether any such action could benefit VM–O2 by driving retail customers towards the JV’s services. This potential benefit would be assessed in comparison to the potential losses that would be incurred by the JV at the wholesale level by withdrawing or stifling access.

The review is focused on the supply of passive fibre, but the CMA will consider whether the availability of active fibre would provide a viable alternative should the merged entity withdraw services.

The competition authority has declared itself unconcerned at the moment with the effect on other fibre backhaul suppliers of O2 moving all its backhaul demands to Virgin Media, considering that the likes of Openreach and other altnets would have enough customers elsewhere to manage.

MVNOs could feel the squeeze too

The creation of the JV could reduce the choice of wholesale suppliers for MVNOs if O2 decided to withdraw its offerings, or make its terms less appealing. O2 is said to have roughly a 30%‑40% share of the UK’s MVNO wholesale market (although the Tesco Mobile JV it co‑owns with the supermarket arguably skews its position).

This potential limiting of competition in network supply for MVNOs could see their levels of service deteriorate, and the cost of gaining network access could have an impact on their retail pricing and market positioning.

The incentive for the new JV to pursue such a course is the possibility that customers of affected MVNOs might switch to O2. Again, the downside would be the loss of wholesale revenue.

The CMA particularly noted O2’s MVNO deal with Sky Mobile as an example where there could be an impact on competition, and said it is closely looking at the impact of O2 market withdrawal on fixed‑MVNOs. This is because currently O2 does not offer a competing bundled product, but the merged entity would do so and could be well‑incentivised to cause problems for competitors.

The review process will see the CMA reach a decision as to whether the merger would cause a substantial lessening of competition based on the “balance of probabilities”. It will build its assumptions on possible outcomes by considering the anticipated state of competition if the merger goes ahead, compared to how it expects the market to proceed should the merger be blocked.

The CMA may also allow the merger with conditions attached, and will consider remedies that the partners would have to deliver in order to ensure that the deal does not cause significant harm to the market.

The CMA will work to establish characteristics of how the communications industry operates as it weighs the alternatives, and make efforts to understand the rationale behind the proposed merger. It will also consider how the industry is expected to evolve in the future, bearing in mind transformative developments such as 5G and full‑fibre deployments.

Álvarez‑Pallete promotes clearance as a quick win for Brexit…

Telefónica and Liberty Global played it cool when asked to comment on the detail of the CMA consultation, expressing confidence that the investigation will find no material risks to competition and looking forward to completion of the deal in mid‑2021.

Meanwhile, Telefónica Group Executive Chairman José‑María Álvarez‑Pallete has made not‑so‑subtle suggestions that support for the merger could provide the UK government with a boost in the post‑Brexit world.

Quoted in the Daily Mail, he said the final agreement between the UK and the European Union on future trading terms provided certainty for business, and that the UK’s new independence could enable the country to “blaze the trail” for digital transformation. At the heart of this opportunity sits the creation of the new VM‑O2 JV, which the two owners are already positioning as a “national connectivity champion”. Álvarez‑Pallete highlighted the £10bn (€11.3bn) investment plan the companies have promised, and implied quick clearance of the proposed deal could provide “rocket fuel” for the post‑Brexit, post‑pandemic recovery.

… but CMA could be snowed under

While the UK competition body actively sought decision‑making authority for the VM‑O2 deal, its resources are expected to be strained in the coming year and beyond as it takes on full responsibility for all merger activity in the country. It has been estimated by competition experts at law firm Cleary Gottleib that its case load could see a 50% increase in 2021, while funding to support its growing remit is up 30%.

The watchdog’s approach to its responsibilities may also change now it is not beholden to a higher European authority. Now it no longer has to fall in line with the EC, some observers have suggested it could take a more interventionist approach to headline‑grabbing proposed deals that are international in scope, but with a UK impact.

Although this is not the case with the VM‑O2 tie‑up, there are fears that the authority could find itself overstretched by taking on bigger challenges, underlining the importance of the proposed JV securing a quick decision.

Quick O2 switch not immediately on the cards

While the CMA considers the risks of the proposed JV making life difficult for MVNOs, the Virgin Media element of the business may not jump aboard the O2 network immediately following envisioned merger clearance.

The cableco has just launched 5G availability for its mobile customers under the MVNO deal it signed with Vodafone UK in late‑2019, just over six months ahead of the announcement of the planned deal between Telefónica and Liberty Global (Telefónicawatch, #143).

The 5G launch is the first step of Virgin Media’s transition from using BT’s EE mobile network, and customers signing up for the new service will see their account fully switched to the Vodafone network while remaining customers remain on EE‑based 4G services.

It appears the switch of all mobile connectivity from EE to Vodafone is still anticipated to go ahead over the coming twelve months and, should the terms of the original deal be honoured, the use of the Vodafone network would continue until 2026.