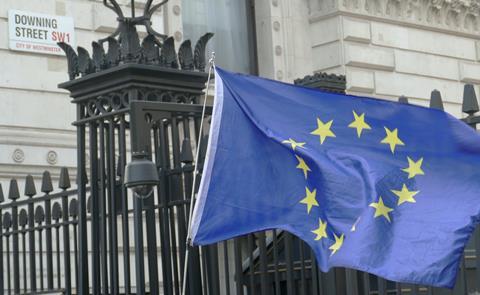 A decision over which competitions authority should rule on the proposed Telefónica UK (O2 UK) and Virgin Media (VM) merger is expected “quite soon”, but the implications of Brexit must be taken into account, European Competition Commissioner Margrethe Vestager told Reuters.

The deal, announced in May this year, is slated to close “around the middle of 2021” subject to competition authority clearance. The merger was initially handed to the European Commission (EC) to be reviewed because of its size — £31bn (€34bn) — but earlier in October the UK’s Competition and Markets Authority (CMA) requested the case be referred to its jurisdiction.

While the CMA talked up its demand for the EU to return the O2‑VM case to the UK for a decision to be made through its PR channels, it simultaneously acknowledged that the merger is firmly under the remit of the European authority. It is, though, within the EC’s gift to assign the case to the national competition watchdog. Andrea Coscelli, CMA Chief Executive (CEO), asserted that its “is only right” that his organisation makes the decision as the impact is restricted to UK consumers, and will not be felt until after the Brexit transition period ends.

However, the CMA also acknowledges that the EC has shown a strong interest in ensuring consistency across telecoms merger cases, and may not want to miss another opportunity to set out its views, particularly with earlier decisions being successfully disputed in European court (namely, the blocked UK merger of O2 and Three).

The commission has until 19 November 2020 to respond to the CMA request and, perhaps mindful of not antagonising the deciding body, has stressed that it would continue to work closely with the EC should it decide to keep the case.

“We will factor [Brexit] in when we decide on the request for a referral and we will do that quite soon.”

— Vestager, speaking to Reuters this week.

In interviews in September, Liberty Global CEO Mike Fries was confident that any antitrust review would take place in Europe, while Telefónica Group Executive Chairman José‑María Álvarez‑Pallete appeared more uncertain, recognising the potential tug‑of‑war over a final say between the EC and the CMA.

Since then, the two companies have again come together to urge the authorities to make a quick decision. In a statement following the CMA request for jurisdiction, Liberty and Telefónica called on the EC to press on with a quick decision on the “pro‑competitive” transaction, and to resist the temptation to revert to the CMA, which it said would delay the process.

While effectively urging UK authorities to keep their nose out of the deal, the partners also included a rallying cry for UK investment. The prospect of a CMA referral was portrayed as slowing progress on the JV’s work on rolling out 5G, next‑generation fixed connectivity, and the creation of new jobs in the country — and as such against the country’s best interests.

Fries and Álvarez‑Pallete have been consistent in building the proposed JV up as a national champion, and positioning themselves as the creators of a scale challenger to BT Group. In a joint letter to The Times in October, the two leaders set out a dismal picture of the UK’s current position as a fibred‑up nation, highlighting greater ultrafast availability in countries such as Madagascar and San Marino, as well as more recognisable comparison countries France, Portugal, and Spain. Not to be deterred, the letter added that the companies “are now taking it upon ourselves to improve the state of play”. It remains to be seen if the CMA will prove to be a ‘home banker’.

The proposed deal has inevitably received some criticism, notably from other players in telecoms market. Robert Finnegan, CEO of Three UK and Three Ireland, told The Sunday Telegraph that the deal appears more about appeasing shareholders that “inward investment”, referencing his qualm with UK watchdogs’ recent taste for quantity over quality of mobile network operators (Telefónicawatch, #147).