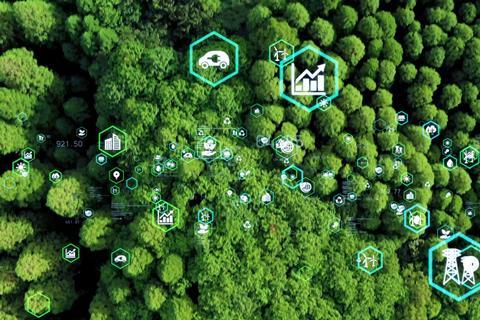 Analysis of the world’s 25 largest companies named Deutsche Telekom and Vodafone two of only three to be on track for near-complete decarbonisation.

Twelve were found to lack any specific net-zero commitments, while the targets of the other 13 will reduce emissions by an average of just 40%, rather than the ‘net-zero’ headlines most companies claim.

DT and Vodafone were joined by logistics giant Maersk as the three companies deemed to have committed to “deep decarbonisation”, reflecting their capacity to match their headline pledges to eliminate emissions from over 90% of their full value chains.

DT and Vodafone were the only telcos on the list, but leaders in adjacent industries were included, such as Accenture, Amazon, Apple, Google, Hitachi, and Sony. Other companies under assessment were BMW Group, Carrefour, CVS Health, Deutsche Post DHL, Enel, E.ON, GlaxoSmithKline, IKEA, JBS, Maersk, Nestlé, Novartis, Saint-Gobain, Unilever, Vale, Volkswagen, and Walmart.

The Corporate Climate Responsibility Monitor 2022 report, authored by Carbon Market Watch and the NewClimate Institute, measured the companies against a number of metrics to assess the extent and integrity of their respective climate change mitigation pledges. Two yardsticks were drawn out: the accessibility of decarbonisation reporting (‘Transparency’); and the integrity of the company’s commitments to reducing carbon emissions throughout the supply chain (‘Integrity’).

Both DT and Vodafone earned a ‘reasonable’ rating for the Transparency of their efforts.

However, the pair struggled with Integrity: DT earned a ‘low’ rating, while Vodafone took ‘moderate’. For both, the drop was attributed to limited details in measures to reduce their own direct emissions (Scope 1). On top of that, neither were found to have identified “climate contributions” — defined as financial support to climate action projects outside of the operators’ own value chains.

DT’s targets were described as “ambitious”, but “insufficient information” on reduction measures for indirect emissions (Scope 3) were to blame for a downgraded overall review. The report estimates that these Scope 3 emissions account for some 85% of the operator’s climate footprint.

However, credit was given for outlining its Scope 1 and Scope 2 decarbonisation plans in detail. The Group aims for net-zero in both measures by 2025, expanding to include Scope 3 emissions by 2040.

DT and Vodafone have each upped pressure on their supply chains to re-evaluate decarbonisation commitments. DT said it was tweaking its procurement processes to gain greater insight into its 2,000+ suppliers’ emissions and wider sustainability credentials, for example.

Vodafone aims to dig deep, but currently scratching the surface

Vodafone’s commitments, although addressing emissions “deep” into the Group’s supply chain, were deemed to lack clarity. Like DT, the operator does not have a “clear and comprehensive plan” to reduce its Scope 3 emissions according to the report, despite this segment accounting for 80% of its climate footprint.

The report found a key issue is Vodafone’s anticipated reliance on Renewable Energy Certificates to reduce energy-related emissions, which the NewClimate Institute speculates may not incentivise the operator to invest in renewable electricity or its capacity to generate its own ‘green’ energy.

Vodafone has not responded to the report, but it would likely point to its partnership with clean energy technology provider MOWEA as one example of its renewable energy sourcing strategy. Vantage Towers is currently rolling out MOWEA’s micro wind turbines to some of its towers as part of an extended tie-up with the German startup. The Group is also trialling comparable technology in the UK with Crossflow Energy.

Thomas Day, Climate Policy Analyst at NewClimate Institute and lead author of the study, said that although all 25 companies claimed movement towards decarbonisation, very few can support that claim when put under any kind of scrutiny. Many of the world’s largest companies do not have credible plans to reach net-zero emissions, he said.

“ We were quite shocked about the extent of creativity that some companies apply to claim a credible path to net-zero, and the amount of effort that it takes to reveal that. ”

The report also found that although most companies attribute climate change mitigation efforts to the Science-Based Targets initiative (SBTi), this often “lends companies more credibility than they deserve”, in some cases legitimising little-to-no action.

Some companies have failed to commit to tackling emissions from suppliers — “upstream” and “downstream”, or Scope 2 and Scope 3 — and some have not offered specific deliverables to match their headline net-zero pledges, he added.