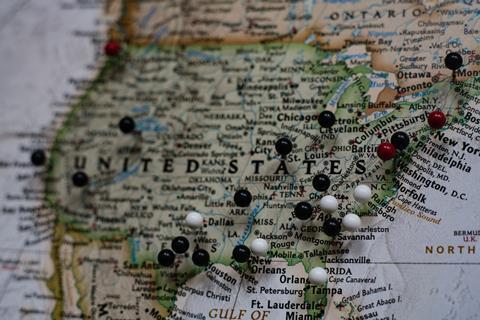 Vendors in the T‑Mobile US (TMUS) ecosystem continued to display supply chain pain from a pre‑Sprint merger spend slowdown by the operator, but with optimism for an uptick now TMUS has concluded the transaction.

It remained clear that the merger’s lengthier-than-expected approval process has had significant impact on the pair’s respective supply chains, though enablers’ recent full‑year and quarterly earnings suggest hope that lost business can be recouped within the year.

With a few exceptions, there is an air of confidence in the viability and eventual success of the merger, especially in terms of improving the competitiveness of the market as a whole.

Ceragon’s Palti also answered questions about competition from Huawei Technologies, and the effect of global geopolitical decisions being made regarding the Chinese supplier. As a direct but substantially more heavyweight competitor in the market, concerns surrounding Huawei have apparently benefitted Ceragon’s bargaining power in several unnamed, but presumably US-China conflicted markets. A caveat to this, however, is that Chinese suppliers are “becoming a lot more aggressive than usual” in neutral countries.

Though vendors for both Sprint and TMUS experienced a slowdown whilst approval was pending, it is anticipated that workers are yet to see the full extent of the merger’s downside. The Communications Workers of America (CWA), which represents upwards of 700,000 workers in the USA, claimed that 30,000 would be at once approval was granted. CWA has been working to protect the jobs of workers at risk of “elimination” by new T‑Mobile efforts to shut down duplicate stores and consolidate central functions. CWA fears have been confirmed thus far, with TMUS laying off an unconfirmed number of workers from its discount sub-brand Metro by T‑Mobile, with speculative CWA estimates claiming “hundreds” lost their jobs.