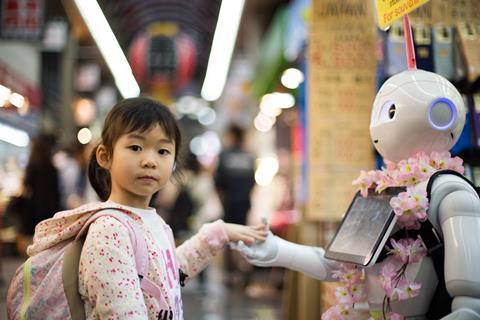 T‑Mobile Netherlands (TMNL) is a long way from achieving its ambition for zero-touch, fully autonomous network operations, according to Chief Technology & Information Officer Kim Larsen, who recently shared insight into the operator’s progress.

TMNL is “very early in the process on the path to zero touch”, he said, presenting the operator’s autonomy vision during Informa’s TelcoAI Summit Europe 2020.

Larsen showed five different levels of operations automation, where the fifth level was “full autonomy”, with humans no longer involved and operations heavily relying on artificial intelligence (AI) and machine learning (ML). TMNL is at the first level, described as “tool assistance”, and has started to introduce AI cognitive solutions across the telco stack in a “salt and pepper” way.

One example is an AI platform from Silicon Valley-based Anodot that detects network problems before they disrupt service quality, and which TMNL deployed in 2020 (Deutsche Telekomwatch, #94).

Going native with AI/ML is no easy task

While full autonomy in network operations remains the ultimate goal and the operator is moving in that direction, TMNL’s focus now is on developing a framework for a “telco cloud-native environment that is designed and optimised for our telco stack”, said Larsen. This doesn’t necessarily involve AI and ML, he added, but simply focuses on “reusing the cognitive and automation framework that we already have today working very well in many IT-driven environments”.

Zero touch autonomy is still considered visionary, rather than a realistic near‑term goal, mainly because of challenges related to implementing and managing AI and ML on a massive scale. “Let’s be open about it… We have very little experience with integrating advanced machine learning into an industrial-scale complex system, such as a telco network”, said Larsen.

Telcos generate vast amounts of data from the control plane, along with user-generated data, but not all of it is usable or relevant. Indeed, Larsen likened telco’s big data to a pile of dung. “Not all data is gold and big data in a telco sense is not new oil”, he said, adding that “there is gold in there, but even the gold often degrades and becomes part of the pile of dung that is generated every day in a telco network”.

In a realistic presentation that might have come across as a bucket of cold water for zero-touch cheerleaders, Larsen also offered tips on some automation steps telcos can take to move closer to the goal of autonomy. Examples included deploying chatbots, robotic process automation (RPA), and “specialist (narrow) AI” for simple tasks — all of which he described as “no regret” options. He said next-generation RPA with added AI was “very interesting”, but it had an uncertain return on investment.

And finally, “one of the most essential elements of the whole story”, is anomaly detection, which he described as an “easy return on investment”. “Anomaly detection is a very crucial element and enabler for zero touch”, he said. “It needs to be built in as we go to autonomous network operations as it allows us to capture events and issues in the network before they become critical incidents that would impact our customers’ quality”.