DT half-way out of Romania (maybe) 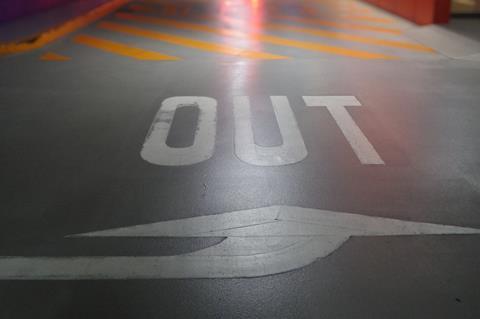 DT half-way out of Romania (maybe)

According to local media outlet Hotnews, DT is on the verge of relinquishing its interest in Telekom Romania Communications (previously Romtelecom) — held via Greece’s OTE Group — which operates the fixed‑line business of Telekom Romania (TR).

According to unnamed Hotnews sources, local rival Orange Romania has signed an “agreement in principle” with Romania’s Ministry of Transport and Communications to take on TR’s fixed‑line business. Under the reported arrangement, a new entity will be created in which the Romanian state holds a 20% stake. Orange, presumably, snags the remainder.

On paper, the deal looks strategically attractive for Orange, enabling the operator to complement mobile services with fixed‑line offerings in the country. It should also help Orange compete better with Vodafone Romania, which, after taking over cableco UPC Romania in 2019, as part of the wider buyout of Liberty Global’s cable assets in Europe, is better positioned as a ‘converged’ player. When the agreement might be formally signed off is not yet clear, however. Financial details were also kept under wraps.

OTE declined to comment on the report but issued a statement confirming it was continuing to investigate “strategic options” for both Telekom Romania and its arms-length mobile business Telekom Romania Mobile Communications.

“Regarding recent press reports about an agreement between Orange and the Romanian Ministry of Transport and Communications to take over Telekom Romania’s fixed line operations, OTE is not in position to comment on potential agreements between other companies and state entities about the Romanian state’s participation in Telekom Romania.”

Job only half done

Assuming the deal for Telekom Romania Communications goes through, DT is not out of the Romanian woods. The Group still has an indirect stake, via a convoluted ownership structure, in TRMC — which is 70%‑owned by OTE and 30% by TR.

One purported benefit of selling TR’s fixed and mobile assets separately is that it might appease national antitrust authorities, and the European Commission (EC) would then see no need to get involved.

There are also some practical difficulties in selling everything together to one single buyer, which would avoid a more complicated piecemeal off‑loading to different suitors. Debt attached to TRMC, as far as Deutsche Telekomwatch can determine, seems previously to have hindered full amalgamation with TR, and may still need to be tidied up if the DT aim is an all‑in‑one sale.

The happy DT scenario of non‑intervention by the EC seems unlikely to Ziarul Financiar. The local business paper earlier claimed that a lengthy wait was likely if any TR divestments were agreed with domestic players — until at least early‑2021 — in which time the Commission, in its view, would inevitably wade in and undertake a review (Deutsche Telekomwatch, #80 and #90).

DT has been considering exiting Romania since at least early‑2019, after a run of poor results.

As well as being a consistent underperformer, TR remains bracketed as a ‘Converged Challenger’ within DT’s European division, as opposed to the more strategically aligned ‘Converged Leaders’ status it has in most other regional markets. OTE is aiming to turn the business around organically, albeit while exploring sale options (Deutsche Telekomwatch, passim).