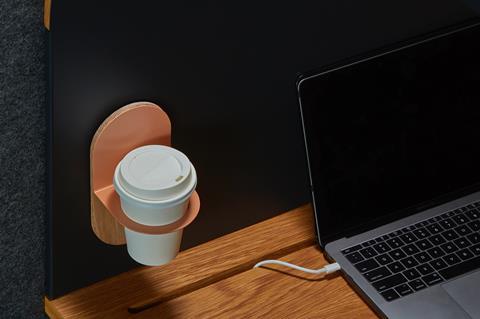 Top executives’ self‑satisfaction was again on full display as Deutsche Telekom (DT) produced another solid set of figures for the quarter to 31 December 2019 (Q4 FY19), aided by the Trans‑Atlantic platform it has (part-accidentally) developed over the past decade.

Ongoing, turbocharged growth in the USA and an increasingly consistent performance across Europe‑based businesses meant the telco met FY19 targets with room to spare. At Group level, it remained well on track to hit the mid-term, FY17–FY21 markers laid out at May 2018’s Capital Markets Day (Deutsche Telekomwatch, #74).

Such were the comfort levels among DT’s leadership that it was evident thoughts are now turning to the operator’s next strategic plays, following a decade of focus on business transformation stateside and troubleshooting elsewhere.

With T‑Mobile USA’s (TMUS) mega‑merger with Sprint now wrapped up (see separate report), and DT coming into the penultimate FY of its current strategic cycle, next steps are clearly under consideration by its aggressive-minded top team.

Contrasting with retrenchment by many DT rivals, recent months have seen revived talk of a ‘Europa Telekom’-type move in the Group’s home continent (Deutsche Telekomwatch, #89). Beyond that, leadership may see a variety of opportunities in their increasingly “global” vision, fuelled by an expected ramp‑up in cash flow from the enlarged TMUS (a.k.a. “UnCarrier 2.0” or “New T‑Mobile”).

The COVID‑19 pandemic — whose European and American spread came too late to feature heavily in the late-February 2020 discussion — may be seen as not just as a huge tragedy and wake‑up call by the Group’s management team. With their relentless positivity, they may be considering strategic possibilities too, with the outbreak: adding to pressures on European rivals; shaking up consumer, enterprise, and public sector telecoms and IT markets; engendering demand for next-generation networked services; and perhaps opening a window for a complete reset of relations with regulators in still-fragmented Europe.

DT Chief Executive (CEO) Timotheus Höttges does not seem the sort to revert to the back foot in the post-COVID‑19 world, especially with many key rivals retrenching.

As each FY passes, and with DT’s American presence continuing to grow its influence on the Group’s figures, Höttges seems himself to be taking on an increasingly Un‑Carrier persona. The Q4 presentation saw the CEO not just declare he could “give a shit” about German mobile rivals’ boasts regarding data uptake. He also contrasted DT’s 3%‑core earnings growth target for FY20 with the staid wider industry, saying the latter’s struggle to create growth made him “depressive”.

The lively Höttges went on to use the presentation to taunt former Chief Financial Officer (CFO) Thomas Dannenfeldt over the cost‑cutting shortfall he owned up to at the 2018 Capital Markets Day, before his exit — and the apparent better progress being seen under successor Christian Illek. Dannenfeldt — trekking in Patagonia — was sent Höttges’ “best greetings”, along with a note that DT is “perfectly on track” to meet the €1.5bn indirect cost reduction target laid out at the 2018 event.

“Thomas was talking about it, Christian is executing. ” 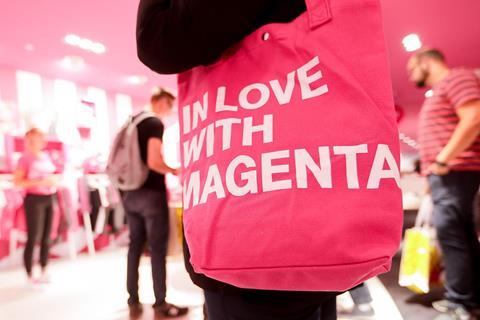 DT’s headline numbers painted a familiar picture. For both Q4 and FY19, the Group’s results were lifted primarily by TMUS’ American muscle, enhanced by the strengthening of the dollar seen since mid‑2018 (and now set to be further boosted by the approved Sprint merger).

At the same time, European-centred divisions continued to gradually expand their contribution. Although broadband trends in Germany remain a clear niggle for the DT top team, TDE produced a steady performance in the face of rising competitive pressures (including from arch-rival Vodafone Germany), and recovery efforts progressed further at the Europe segment and T‑Sys.

For FY19, all external-facing segments produced forward movement on earnings and only T‑Sys saw a step‑back in revenue (which is hardly likely to have been a major concern to Group leadership, considering the enterprise division’s primary mandate is to improve profitability, and finally begin contributing cash to DT). Major segments’ results are looked at in more depth elsewhere in this report.

It remains an entertaining spectator sport to see how the Group’s leaders, and their communications team, seek to frame DT’s corporate character and vision, while ensuring common ground between its two very distinct centres of gravity on each side of the Atlantic. The last few years have seen careful shifts in language not just to reflect the operator’s changing make‑up but also maintain figurative bridges between Bonn and Seattle, which are separated by not just by 8,000km of geographical distance but also major cultural and environmental differences.

While Höttges appears, with every quarter, to become even more America-influenced, he and Illek went out of their way in the Q4 presentation to give praise where European-based businesses have delivered. Illek was quick to draw attention to the fact that, in Q4, DT’s ex‑US businesses grew EBITDA faster that TMUS (although on what level was unclear, and the difference must have been both marginal and with currency movement excluded). Could this diplomacy suggest the CFO is already eyeing up post‑Höttges opportunities, despite the latter’s current contract extending to 2023?

Although decision-making power is still centred in Germany, it is clear that DT’s roots have been widened considerably. The leadership team’s most enthusiastic compliments remain reserved for TMUS’ management — and beyond the language, its US-geared investment planning (see further on) is a tacit acknowledgement of TMUS’ position as the Group’s key growth engine.

There are also signs DT is looking to create common purpose by shifting focus beyond this bi‑polar structure. While the operator has long resisted the temptation to follow rivals into non-western mobile and wireline markets, it has clear interest in expanding its international influence through enterprise and carrier services, and corporate venturing. While DT’s Leading European Telco mission statement has long been de-emphasised, the Q4 presentation saw no reference to the “Trans-Atlantic” vision it used when the Sprint takeover was announced. Instead, Höttges used his introduction in the FY19 Annual Report to rather innocuously emphasise DT’s place as a “global, diverse, and successful company”.

DT’s outlook for FY20 does not arguably bear much analysis because while it came with a ‘business-as-usual’ air to it, the current year has been anything but.

Group targets did not include the impact of TMUS’ expansion through the Sprint buyout, and the COVID‑19 pandemic is likely driving a coach and horses through many FY20 investment initiatives on both sides of the Atlantic, and therefore DT’s capital and operating expenditure (capex/opex) planning. More details of direction changes may emerge when DT reports Q1 FY20 results in May 2020.

In terms of spending, it seems feasible that while there will be a major rethink, the broad approach of DT’s leadership will remain the same, characterised by aggression on capex, offset by ongoing focus on indirect opex reduction; as well as focus on the USA as its best bet for returns. The Group is also likely to continue its shift from initiatives developed in the 2010s (All‑IP Transformation and 4G; fibre-to-the-cabinet; and vectoring/super-vectoring rollout), to 2020s-class programmes (5G; tower expansion; and full-fibre).

These themes pervaded in DT’s FY19 capex breakdown, with Germany, the USA, and Group Development (parent of German infrastructure arm Deutsche Funkturm) trending upwards and other segments reined back.

Q4 FY19 guidance: coronavirus likely to mean all bets off 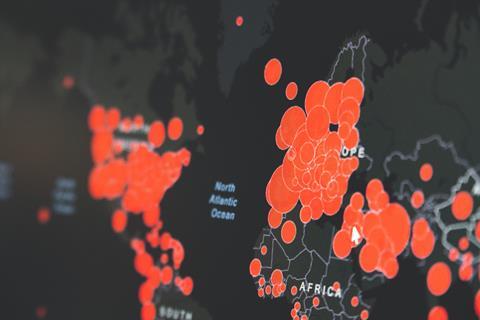 Q4 FY19 guidance: coronavirus likely to mean all bets off

The anticipated severe economic impact of the coronavirus means that DT’s guidance for FY20 is inevitably derailed.

Past predictions made on anticipated commercial activity are unlikely to be meaningful and major global corporations are already preparing markets for missed targets. Further, shareholders evidently believe there is a need to go back to the drawing board, as illustrated by a rapid wipe‑out of positive share price movement DT saw post‑results, as large economies went into lockdown. The Group saw a near‑35%‑drop in its share price between the announcement and mid‑March 2020, although subsequently recovered some ground.

Longer-term, the consequences of the current crisis remain difficult to predict with the impact of the virus itself, and the subsequent reaction and measures taken to address it, uncertain and evolving. Looking beyond the human and societal cost, areas of change could include:

External communications from DT have so far dealt largely with its short‑term response to the pandemic. Around the Group, NatCos and central functions have focused on providing support for customers, employees, and partners, as well as offering top tips for ‘virtual leadership’ and aiding efforts to track the spread of the virus.