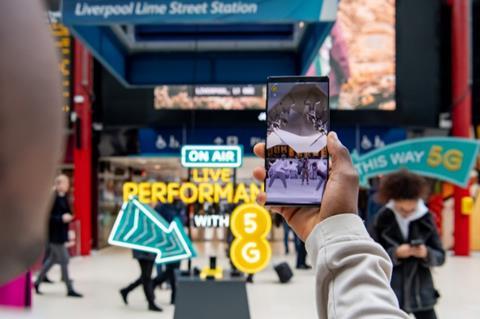 EE launched a new campaign to promote its 5G network featuring augmented reality (AR) and live music. The mobile operator kicked off the campaign during late‑2019, in a claimed world‑first, with the simultaneous streaming of a live 360‑degree augmented performance by British band Bastille to city centre locations in Birmingham, Edinburgh, and Liverpool over its 5G network. Devices for the live performance were provided by Samsung, including the Galaxy Fold 5G handset, and China-based mixed reality specialist Nreal’s headset. The full campaign, devised by Saatchi & Saatchi London, launched in mid‑January 2020, running across cinema, out‑of‑home, television, and video-on‑demand platforms.