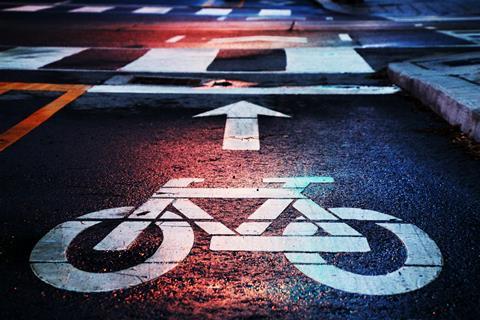 Professor John Davies, BT Chief Researcher for Future Business Technology, shared feedback on two Internet of Things (IoT)-based ‘smart’ cycling trials completed in Manchester, UK. He indicated that smart technology was indeed a useful aid in understanding ‘roadblocks’ that get in the way of green transportation. Findings from the two separate trials — Synchronicity Smart Cycling Pilot (carried out in conjunction with Dublin and Antwerp, where data was aggregated across the three cities) and the local CityVerve project — will be shared with Manchester City Council. Metropolitan authorities can decide if, and where, improvements might be made to improve the cycling experience. Using connected bike lights from Northern Irish startup See.Sense, which was named as the winner of the BT Infinity Awards in 2016 for its Icon solution (BTwatch, #276), BT gathered data from around 400 volunteers in Manchester. The data were then anonymised and processed at BT’s IoT Data hub. Insights were gleaned on ride conditions encountered by cyclists, including road surface, chosen routes, and traffic hotspots. In September 2019, BT launched a smart cycling trial — also in collaboration with See.Sense — at its Adastral Park technology campus in Ipswich (BTwatch, #307). Insights gained from the latter 12-month pilot will be used by Suffolk County Council to assess ways of improving cycling facilities in the area.