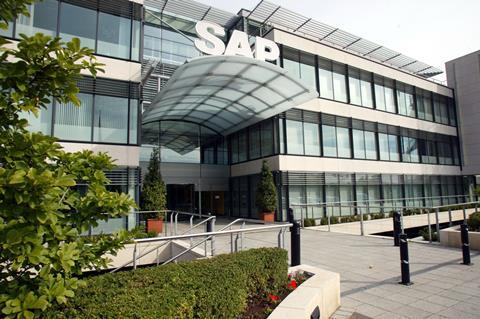 This new deal with SAP is part of the Making Finance Brilliant programme, delivering on the Group’s vision to transform operations and identify greater organisational efficiencies through modernisation of internal systems. The partners will work on a revamp of BT’s digital core, directly impacting aspects of the Group’s operations, ranging from end‑to-end transactions to human resources.

BT  has selected the following SAP cloud‑focused applications for integration into its existing systems:

Work began on implementing the SAP platform in 2019, and the vendor anticipates services to start going live from an undisclosed date in 2020.

SAP has reportedly been aggressively pursuing opportunities to integrate its services with BT since 2017 when the telco acquired mobile operator EE, an established SAP customer. The new agreement appears to be moving into territory where BT has previously had a close longstanding relationship with Oracle, in areas including human resources and financial management platforms (BTwatch, 2008.10, #249, and passim).

While BT Group itself does not appear to have previously been a major customer of SAP, it has had a resale partnership with the software solutions provider. Further, in 2016, it entered an agreement with strategic-investor Deutsche Telekom’s (DT) T‑Systems unit that enabled it to access SAP services hosted at T‑Systems’ data centres (BTwatch, #282). DT is a major SAP client and channel partner.

In what might just be a coincidence, SAP reported a stressed set of Q4 2029 financial results that saw growth in its cloud bookings sharply reduced, in an outturn that would have been even worse if not propped up by a notably large customer switching from on-premises to cloud services. DT itself might also fit the bill, having recently also opted for S/4HANA to meld its business systems (Deutsche Telekomwatch, #90).