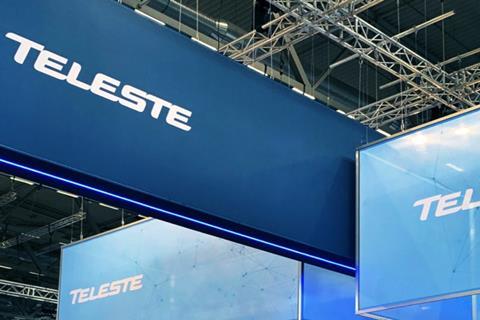 Teleste claimed to have secured a “significant” components order from VodafoneZiggo for the Dutch joint venture’s network upgrades in “2023 and onwards”.

In a press release, the Finland-based video technology supplier stated that an order comprising of broadband amplifiers and RF passives will be used as part of VodafoneZiggo’s “ongoing nationwide network upgrade”.

“ When it comes to quality and performance of products, Teleste has shown its capability to support our requirements and secure the availability of network products needed to continuously advance our networks. ”

The operator is in the process of deploying “up-to-1Gbps” (or “GigaNet”) connections across its cable network by the end of 2022, having commenced the rollout way back in December 2019 (and paused the push during lockdown — Vodafonewatch, #184 and #188).

The JV has also hinted that the cable network upgrade — which harnesses DOCSIS 3.1 technology — will be followed by the introduction “up to 10Gbps” connections “within a few years”.

VodafoneZiggo, regularly trailered as a merger success story by parents Vodafone and Liberty Global, is said to pass more than 7.3 million homes with its access network.

With Teleste seemingly not involved until next year, it remains to be seen what part the supplier will play in the ongoing implementation of GigaNet. VodafoneZiggo was unavailable for immediate comment when approached for clarification by TelcoTitans.

Teleste, which focuses on next-gen technology rollouts, claims its integrated product and service portfolio enables clients to “build and run a better networked society”. It has worked with Vodafone Germany on network contracts in years passed (Vodafonewatch, #133 and #165).