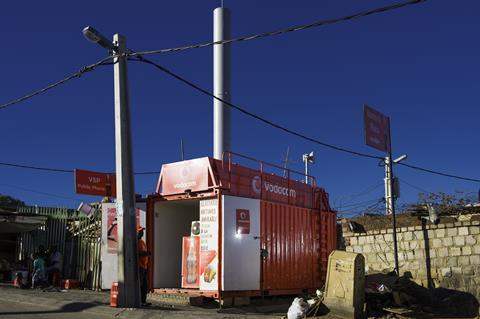 Vodafone’s eagerness to extricate itself from financial bonds to the recently-renamed Rest of the World Region were again on show as the Group reported its results for the quarter to 31 March 2019 (Q4 FY18–19), and accompanying annual figures.

Relatively strong growth at OpCos such as Vodafone Egypt and Vodafone Turkey, and a slight recovery at key business Vodacom Group, helped give the Region’s figures some veneer, but inflationary risks again spoiled the party.

On an “organic” basis — i.e. counting out exchange rate movement and M&A — the division’s service revenue grew 5.7%, to €2.1bn: an improvement on Q3’s growth rate (Vodafonewatch, #172). However, when factoring in currency weakness in markets such as South Africa and Turkey, plus the Q4 FY17–18 sale of Vodafone Qatar, service revenue actually dropped by 6.3%.

There was a similar picture for the Rest of the World Region’s FY18–19 data, with revenue and core earnings growing at a healthy level “organically” (by 6.1% and 6.3%, respectively), but contracting markedly when translated into euros (‑3.3% and ‑2.2%).

The Group’s new leadership continued to give the impression of not being able to exit many Rest of the World Region territories quickly enough — whether through sales (as seen in Fiji, Qatar, and now New Zealand) or stake‑diluting mergers (India and — possibly — Australia). Scant attention was paid to the division in the Q4 results’ accompanying presentation.

Strategically, too, it was noticeable that the emphasis on “radical simplification” of European businesses did not extend much beyond Vodafone’s home region (see separate report). “Portfolio management” remains the focus elsewhere, with the results prefaced by confirmation of the Vodafone New Zealand sale, and efforts to push through mergers in India (Bharti Infratel–Indus Towers) and Australia (TPG Telecom) — see separate report.