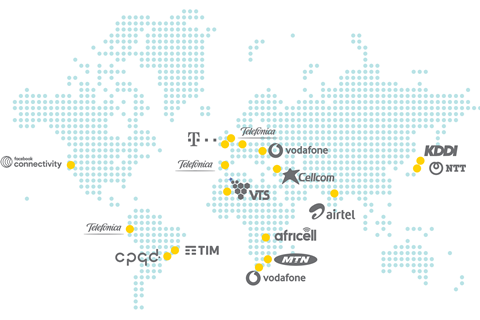 Following on from commercial availability of Cassini and Voyager (Vodafonewatch, #173), OOPT declared that Phoenix — billed by the project group as a high‑capacity, disaggregated, and open optical transponder — is now generally available.

Phoenix is described as an open white‑box L0/L1 transponder that operators can deploy on top of, or together with, their existing line systems to increase capacity of optical networks. It is based on disaggregated hardware and software components with 400G line interfaces. The system was first flagged publicly at late‑2019’s TIP Summit, when introduced under the name “Apollo”. Earlier in 2020, TIP indicated Edgecore Networks and Wistron had agreed to develop the hardware for Phoenix.

Vodafone and fellow OOPT backers Deutsche Telekom, NTT Communications, Telefónica Group, and Telia Company now plan to issue requests for information (RFI) to investigate general industry readiness to produce Phoenix‑based products. The aim is to be ready for commercial deployments in the first half of 2021.

Víctor López Álvarez, Technology Expert at Telefónica and Co‑chair of OOPT, said in a TIP blog that Phoenix is based on an efficient design for metro, core, and data centre interconnection applications, and is “especially well-suited for service providers… and content providers”.

OOPT on a roll

López Álvarez highlighted progress in other OOPT areas, such as:

Thinking outside the box

The open and disaggregated systems advanced by TIP, like Phoenix, are undoubtedly a ‘hot’ part of the industry. Many now argue that their time is coming, considering the pervading supply chain dysfunction and mounting financial pressures operators are currently experiencing, as well as their potential to revolutionise creation and delivery of communications services.

Vodafone remains largely quiet regarding progress with actual delivery of TIP products, however — whether developed through OOPT or Open RAN, the other apparent darling of TIP’s various working groups.

As noted previously (Vodafonewatch, #184 and passim), there remain significant barriers to the mass-scale deployment of these systems within operator networks — and Vodafone has not yet gone into detail on whether or how it is reshaping its business (and partner ecosystem) to ensure their benefits can be fully realised. Nor has it given out thoughts on the likely impact disaggregation will have on operators’ tightly weaved capital and operating expenditure mix.

While Vodafone and peers are evidently focused on pushing TIP solutions along the path to technical readiness, it is clear that they also come with a dramatically different supply picture and release rhythm, and require a considerable refresh of skill sets and mindset in engineering, procurement, and other areas of the business. The last TIP Summit was dominated by talk of how to make TIP solutions “real”, with automation and (telco-customised) continuous integration/continuous delivery to the fore. The overriding message was that, with the move to open technologies, telcos will need to open up culturally and operationally, too.

For suppliers, a complex ‘re‑coupling’ of operators and their infrastructure partners is being envisaged. Speaking at the TIP Summit, Thomas Muller, Global Practice Head of Emerging Services Industrial & Engineering Services at Wipro, noted that the “challenge is when you move from maybe 50 pieces of a puzzle to potentially thousands of pieces, the complexity is going exponentially up”. Past experience and skills are “not necessarily transferable”, he added.

Biswajit Rath, Chief Operating Officer & Global Head Of Network Services at Tech Mahindra, went into a new, multi-layered vision of how operators (and their system integrator sherpas) may end up managing a disaggregated supply chain, encompassing (but not limited to): a collaborative or “e‑bonding” framework governing all product vendors, “from design to delivery”; a new contractual model to synchronise components; and an economic model to “drive the behaviour” of partners, including a “collaboration fund” providing success fees to suppliers and incentivising them to deliver their pieces of work.

Extending beyond its work on “open” radio access and transport solutions within TIP, Vodafone was flagged as one of the participants behind a new Open Core Network working group being established by the organisation.

The group, preparations for which were first flagged by TIP in February 2020, also features Amdocs, BT Group, Facebook, FreedomFi (an enterprise private networks startup), Mirantis, Rakuten Mobile, Telenor, and Wavelabs. It has pledged to develop an “open, cloud-native, and converged core that is a collection of microservices implementing various core network functions” and is aiming to be ready for lab trials of a 5G use-case by December 2020.

Iain Wilkinson, Principal Enterprise Architect for Resource Management in Vodafone’s Systems Architecture Centre of Excellence, is a co‑leader of the group’s Orchestration focus area alongside Alla Goldner, Director of Technology, Strategy & Standardisation at Amdocs. In a webinar held to announce the new grouping, Wilkinson stressed emphasis on making core network services automated and “API-triggerable”. The initiative’s other sub-groups are concentrating on Applications and Services (led by Facebook) and Automation (FreedomFi).