Vodafone report: 5G to be used as a “platform of innovation” by UK business leaders 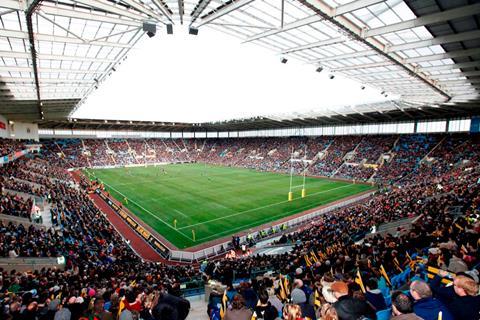 Vodafone UK (VfUK) published research indicating strong 5G enthusiasm among “business leaders” from UK sports organisations. More than three-quarters (76%) of the executives surveyed said they will use the next‑gen tech as a “platform for innovation”, while 74% thought 5G will underpin efforts to meet rising expectations from fans. There was confidence, too, in new revenue streams from apps supporting live streaming video, “mixed reality” experiences, and real‑time access to information. Nearly a third of those canvassed believed that improving player performance was another potential 5G benefit. In what seemed like unintentional wordplay, Anne Sheehan, Director of Vodafone Business UK, described 5G as a “game changer” — not only for stadiums, but for “businesses, the economy, and the UK as a whole”.

VfUK unveiled the research at the official opening of the Vodafone Business Lounge at the Ricoh Arena stadium, home of the Wasps Rugby and Wasps Netball clubs in Coventry. The lounge is an “innovation space” designed to give businesses in West Midlands an opportunity to try out 5G, Internet of Things (IoT), and high-speed fibre. VfUK has close ties with the Wasps. It is a club sponsor and is set to provide 5G and IoT for matches held at Ricoh Arena — with Ericsson in the supplier mix (Vodafonewatch, #177 and #179).