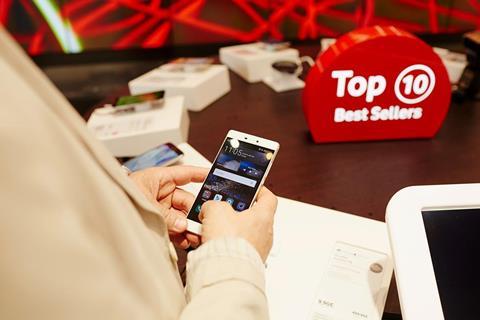 Vodafone’s past decade of growth struggles, interspersed with various nasty competitive and operational surprises, has given its top executive team a rich well of experience when it comes to stakeholder reassurance. Their ability to present everything as fully under control was again on show as Vodafone reported its results for the year to 31 March 2020 (FY19–20), and provided the Group’s first steer on strategy since the COVID‑19 pandemic.

The session was delivered from the homes of Chief Executive (CEO) Nick Read and Chief Financial Officer Margherita Della Valle, apparently to showcase Vodafone’s communications service quality (with no majorly obvious glitches, other than a mute button mishap from Read and the odd bit of background family noise).

Reflecting the more informal setting, the top duo were relaxed and comfortable throughout. They differentiated Vodafone from main London Stock Exchange rival BT Group by telling shareholders that their dividends were safe from a further cut, following the “rebasing” announced a year ago (Vodafonewatch, #175). Key FY19–20 targets were hit and, as previously trailered, the disciplinarian Della Valle wheeled out another €1bn (£878m)-plus savings plan to maintain “momentum” on digital transformation and robot-based customer care (Vodafonewatch, #181).

Read and Della Valle were also in glass-half-full mode on COVID‑19— optimistically (and perhaps a little conveniently) framing the crisis as fertile ground for their existing, high-level strategic ambitions, such as resetting of Europe’s regulatory foundations, seeding of Read’s Technology Communications Leader vision for Vodafone’s enterprise business, and increased leveraging of the Group’s German power base. Vodafone has never been the most flexible of organisations and, following a review of the pandemic impact, the Group’s Board of Directors appears to have decided to stick to the Read formula.

City analysts looked to lap it all up, and the Group’s share price was tracking up 7%–8% as Read and Della Valle were speaking. Recent weeks have seen Vodafone’s shares recover from a long-time, sub‑100p low reached during the worst of the coronavirus jitters, during early-March 2020 (Vodafonewatch, #184).

First, what they didn’t say

With the industry in flux, executives had a full agenda and some notable developments did not gain any airtime in the FY19–20 review.

There was no reference, for example, to the future of long-time Chairman Gerard Kleisterlee, who had previously indicated that the Group’s coming Annual General Meeting, in July 2020, would be his last. The Group subsequently confirmed that Kleisterlee is to be replaced by outgoing Heineken CEO Jean-François van Boxmeer from later in 2020 (see separate report).

Vodafone continued to leave unanswered the question of how assets left unanchored by the recent dismantling of its Rest of the World Region management unit (Vodafonewatch, #181) are now being handled. While Vodacom Group CEO Shameel Joosub’s remit has been expanded to cover oversight of Safaricom and Vodafone Ghana, it remains unclear how and where Vodafone Egypt (ahead of the Group’s pending exit), Vodafone Hutchison Australia, Vodafone Idea, and Vodafone Turkey fit into the Group organisation. It could be that Read, who appeared a very regular international traveller before the COVID‑19 crisis, is managing some of these interests directly (as per Vodafone Towers Europe, the Group’s new TowerCo).

Chief Technology Officer Johan Wibergh did not feature, despite the Group having now ostensibly gone beyond the 2020-focused Gigabit Vodafone strategy he laid out when he joined Vodafone in 2015. In a LinkedIn post, Wibergh said he was set to share more details of Technology 2025 aims “soon”, and echoed a preview provided at 2019’s Arch Summit (Vodafonewatch, #176), saying the strategy aims to “propel our business much further from [being] a digital telecom operator today to being a platform-led Tech Comms Company”.

There were also, however, some glimpses of a new set of headline 2025 targets in the results material — including goals to: 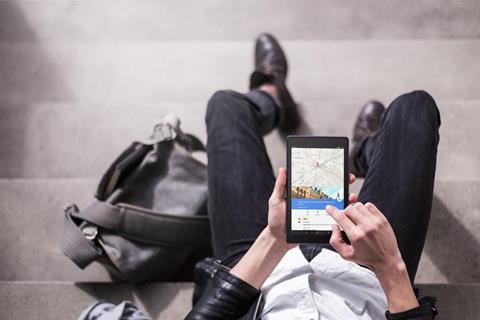 At headline level, Read trumpeted FY19–20 as a “big delivery year” in terms of business performance.

Group revenue increased 3%, to €45bn — feeding, alongside cost savings, into a 2.6%‑increase in adjusted earnings before interest, taxation, depreciation, and amortisation (EBITDA), to €14.9bn. This landed neatly within Vodafone’s uprated guidance range, of €14.8bn–€15bn. Before spectrum, free cash flow grew by 4.7% to €5.7bn, surpassing the Group’s FY19–20 target of around €5.4bn.

… but still far from a smooth and consistent machine

Despite this solid performance, there continued to be a mixed picture across the Group’s footprint. 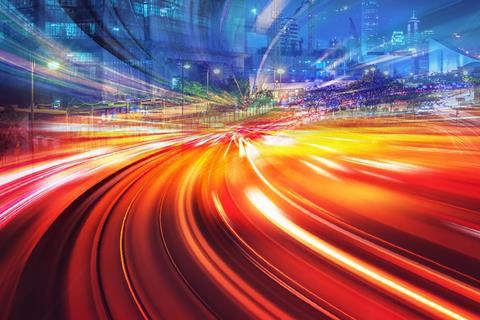 Operationally and financially, Vodafone’s post-COVID‑19 message was that matters are in hand, although the operator left some room to change tack if markets’ “exit” from the pandemic goes particularly badly, or well.

Financially, lockdown measures were said to have had only a limited impact on FY19–20 numbers, but the outlook for the current fiscal year has been significantly muddied.

Vodafone’s already minimal forward guidance has been trimmed further, with official adjusted EBITDA forecasts removed, at least until November 2020, when the Group is due to report its H1 figures. Vodafone’s “view”, rather than formal guidance, is that earnings will be “flat to slightly down” for FY20–21, but it stressed that this was based on an unclear macro vision.

Free cash flow forecasts have been retained and Vodafone is expecting this figure to reach “at least €5bn” in FY20–21, which would be down on FY19–20. Della Valle suggested the Group would have experienced “good growth” this FY, if not for the pandemic. She deemed Vodafone “resilient… but not immune” to the crisis.

Practically, the Group’s slidedeck inferred that as a business, Vodafone has been functioning effectively (and perhaps more effectively, even) since COVID‑19 measures were put in place. It indicated that 100,000 of its staff have been working from home and, while doing so, are slightly more likely to report that they feel ‘connected’ to their team and are “living the Spirit of Vodafone”. They have also been “working longer hours”, at least in terms of virtual meetings, according to one graphic.

Working from home (WFH) may not end with the eventual dissipation of COVID‑19, as large employers prepare to offload real estate and switch to a more flexible structure.

For many businesses, a ‘hybrid’ solution is being floated. During Vodafone’s results presentation, Read cited boardroom talks about “behavioural changes” and “structural changes to society” that will have an impact on the way every large employer operates. Though he did not go into detail on Vodafone’s stance on home-working beyond lockdown, Read appeared animated about the prospect of a widespread “blend” between office- and remote-working. At the time of the session, he estimated that “well over 90%” of worldwide Vodafone staff were operating remotely.

Arch-rival Deutsche Telekom appears to be anticipating a more WFH-based future. Speaking in early-May 2020, CEO Timotheus Höttges said “there will be changes coming” and that “we might not need all the office space that we have today”. DT’s Bonn headquarters alone currently houses over 14,000 employees, however, so while the prospect of extended home working flexibility may be alluring, it will be easier said than done. Barclays CEO Jes Staley recently said that the days of “putting 7,000 people in a building may be a thing of the past” as the British bank sets about rethinking its “location strategy” in the period after coronavirus.

Drilling down into commercial trends that Vodafone expects to arise from the pandemic, there was a similar picture to those painted by other operators that have reported results since the crisis.

Roaming revenue has naturally taken a major hit (‑65% to -75% in March 2020–April 2020), and Della Valle made the warning, mentioned above, over how restricted travel could affect southern European OpCos in the coming months.

Drags have been seen on small- and medium-size enterprise (SME) payments and large corporate projects and tenders, with further “gradual deterioration” expected going forward. The SME pressures could feasibly be a further motivator for the dedicated, small business tariffs that Read flagged were in the pipeline earlier in 2020 (Vodafonewatch, #183).

As per other telcos, churn is said to have improved during national lockdowns, but it seems unlikely that this will continue as consumers adjust to more difficult circumstances and shop around.

There were interesting comments from Read regarding Vodafone’s ability to weather a competitive storm as recession hits key markets. Again, the CEO sought to distance himself from predecessor Vittorio Colao, and how the Italian was wedded to a focus on higher-value customers even as millions of users churned away from its businesses. Read made the (somewhat arguable) claim that Vodafone was well placed to take advantage of an apparent “appreciation of quality” that has come out of the pandemic. He also stressed the Group was now better placed to retain ‘optimising’ consumers through speed-tiering, artificial intelligence-based pricing, and second brands. “Our business is very different to what it used to be”, he claimed. 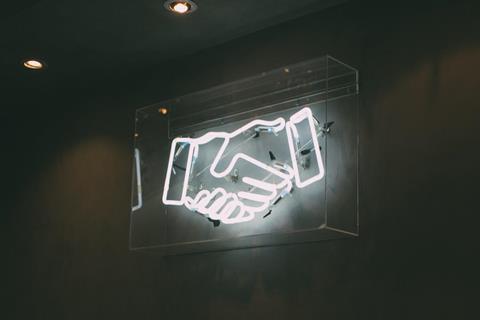 The Italian is now moving Vodafone onto a recalibrated diet, aimed at shaving “more than €1bn” of expense over three years, via cutbacks across customer care, distribution, and shared services. Confusingly, there is overlap between the two schemes, with the current year’s €400m brief retained but now forming part of the new plan. Both FY21–22 and FY22–23 are tabled for €300m reductions, bringing Vodafone up to the new €1bn target.

In terms of capital expenditure (capex), Vodafone remains focused on a “mid-teens” intensity target, indicating the current FY will see spend come in at around 16.5% of revenue.

Strategically, Read and Della Valle assured that Vodafone had not been blown off course when it comes to delivering their key, M&A-based restructuring projects aimed at improving asset utilisation, cost discipline, and debt reduction.

A striking but brief note in Vodafone’s statement indicated that in terms of M&A, the “optimisation of our portfolio is now substantially complete”.

While this wording leaves room for some tweaking of Vodafone’s assets, it suggests major deals are now off the table — and this, in turn, shines a spotlight on the Group’s presence in key markets, like Italy and the UK, where it has done nowhere near the level of convergence-led deal-making seen elsewhere, and particularly Germany.

It also suggests the OpCo fire sale seen in recent years may not extend further into its European core, to territories like Spain (where an exit has been mooted in the local media) and the Netherlands (where options have been opening up around the Group’s VodafoneZiggo stake, and Liberty’s Belgian business Telenet has been angling for a combination with the Dutch JV).

Another indication that Vodafone has got its ‘portfolio’ into shape is that it has opened up data on return-on-capex, and integrated it within executive incentives.