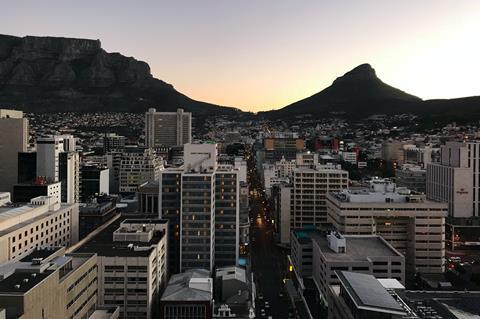 It appears that Vodacom has been conducting DCSG lab trials over the past six months, testing technical specifications that were developed within the Open Optical & Packet Transport (OOPT) project group of the Telecom Infra Project (TIP).

During the six-month trial, Vodacom tested a product based on hardware from Edgeware and using a network operating system from Infinera. It was not made clear if this product is now being deployed for the commercial trial, although it would seem a strong possibility.

The commercial trial aims to gauge how the DCSG product performs in live 4G and 5G network environments, and its ability to interoperate with Vodacom’s current radio access network (RAN) providers. Eva Rossi, Head of Transport Product at Vodafone, said that proving the commercial viability of TIP’s DCSG “will help create a more robust and diverse supply chain, benefiting the global telecoms industry”.

Vodacom South Africa has most ostensibly been tied with Nokia when it comes to mobile network rollout (Vodafonewatch, passim).

According to TIP, the DCSG will “manage commercial traffic in urban, rural, and ultra-rural areas”.

According to Rossi, who is also a co-leader of the DCSG subgroup within OOPT, the DCSG product “has shown very promising results and we are very pleased by the positive response from the industry so far”.

Beyond South Africa, Kenya-based Safaricom — which sits within Vodacom Group — has also highlighted interest in DCSG products and other network kit, recently kicking off an assessment of prospective service and technology partners. Vodafone has also regularly flagged rural access in African and other developing markets as a key initial use-case for open and disaggregated network kit, trialling open RAN systems in the Democratic Republic of Congo, Ghana, India, Mozambique, South Africa, and Turkey (Vodafonewatch, #187 and passim).

Vodafone has been busy within the OOPT project group over the last few years. The operator co-chairs three subgroups: Disaggregated Open Routers, Disaggregated Optical Systems, and DCSG. Recently, the OOPT group took the next step towards creating open optical transport networks with the selection of six vendors to create a disaggregated optical transponder, called Phoenix (Vodafonewatch, #188).

DCSG’s first specifications were published in 2018, and Vodafone, Telecom Italia, and Telefónica announced the results of Requests for Information (RFI) for the project at Mobile World Congress 2019/MWC 2019 (Vodafonewatch, #166, #173, and #185).

Although not included in this line-up, Infinera unveiled its TIP-compliant DCSG solution in partnership with Edgecore at MWC 2019. In November that year, Telefónica announced the commercial deployment in Germany of a DCSG product from Edgecore and Infinera.