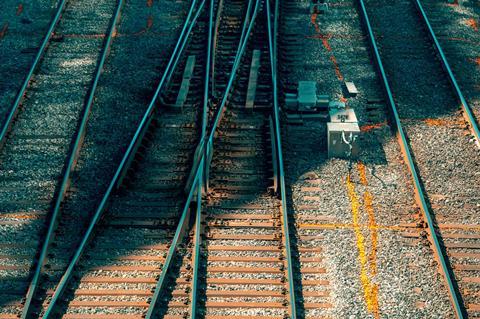 Vodafone Germany (VfD) and VodafoneZiggo (VfZ) stepped up DOCSIS 3.1 rollouts in their cable networks, in the latest country unit efforts to meet Vodafone’s Group target of passing 50 million homes with Gigabit-capable connections across its European footprint by 31 March 2023.

In Germany, VfD said it now covers more than 21 million homes with broadband connections offering speeds of up to 1Gbps, after recently adding 1.7 million DOCSIS 3.1 connections faster than originally planned. The latest expansion added 124 cities and towns to VfD’s ultrafast broadband footprint. By Vodafonewatch’s last count in June 2020, the OpCo’s Gigabit network covered 18.7 million households, helped in part by the 2019 acquisition of Unitymedia (Vodafonewatch, #174, #184, and #187). VfD’s goal is to pass 25 million premises with Gigabit connections by 2022.

Enabled by DOCSIS 3.1, VfD’s 1Gbps Gigacable Max service is underpinned by hardware and software from existing supplier Harmonic — specifically, its CableOS network virtualisation portfolio. In announcing the deal with Harmonic (for which financial details were not disclosed), Guido Weißbrich, Director of Network Planning & Network Deployment at VfD, pointed to the solution’s “software-based architecture, scalability, and efficiency”, which helps to solve “critical space, power, and cost challenges” as the operator rolls out DOCSIS 3.1 across the country.

VfD also has its eye on DOCSIS 4.0, which is capable of up to 10Gbps downloads and 6Gbps uploads. The OpCo plans field tests of the new technology in the next two years, depending on when hardware prototypes become available. Broadband TV News reported that Peter Breitwieser, Head of Product Management, Cable Fixed at VfD, said the DOCSIS 4.0 trial is intended to start in 2021.

VfZ back in action on DOCSIS 3.1

In the Netherlands, VfZ resumed DOCSIS 3.1 rollouts after pausing upgrades in March 2020, so that technicians could instead focus on “major repairs” during lockdown (Vodafonewatch, #184). At the end of July 2020, the operator announced that DOCSIS 3.1 upgrades will start again in the city of Rotterdam, followed by Amsterdam, Apeldoorn, Arnhem, Eindhoven, Groningen, Nijmegen, and Wageningen. VfZ aims to offer 1Gbps connections to half of the 7.2 million premises connected to its network by the end of 2020 and to all premises on its network in the next 18 months.

Vodafone’s next-generation network (NGN) in Europe is a patchwork of cable and fibre‑to-the‑home (FTTH) connections developed over the last decade through a “build, buy, and partner” strategy (Vodafonewatch, #187). The NGN in Europe covers 136 million homes, of which 55 million are connected via the operator’s own network and 31.9 million of the latter are Gigabit-capable.

A review of the latest advertised broadband offers in each of Vodafone’s twelve European markets shows that Vodafone OpCos meet or beat the fastest speeds offered by the incumbents in most territories.

In Germany and Spain, Vodafone’s top‑speed broadband offers of 1Gbps outpace DT’s and Telefónica España’s fastest offers. The markets where Vodafone’s offers are slower than the incumbents are the Czech Republic, Portugal, and Romania. While this comparison does not show how widely available Gigabit-speed broadband is, it does indicate that Vodafone is holding its own against incumbent rivals in most of its European markets.