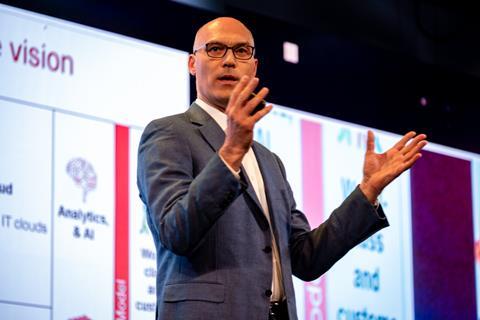 Vodafone will not hold its Arch Summit partner get-together this year, after cancelling the event on coronavirus concerns.

The Luxembourg show, which attracts delegates from across Vodafone’s global supplier ecosystem, has now been pushed back to late-October 2021, according to its website.

This year’s edition of the event — which traditionally features a startup contest, conference, and supplier award ceremony — was previously bumped from April to October when the first wave of the pandemic began ramping up.

Themed around the “Digital Planet”, it was due to feature keynotes from: Xavier Bettel, Prime Minister of Luxembourg; Christiana Figueres, former Executive Secretary of the United Nations Framework Convention on Climate Change; and futurist Gerd Leonhard.

Vodafone Chief Executive Nick Read, Chief Technology Officer Johan Wibergh, and Europe Cluster CEO Serpil Timuray were also on the agenda, with some expecting Wibergh to use the show to unveil his next Technology 2025 strategy.

The Arch Summit is run by Tomorrow Street, Vodafone’s local innovation joint venture with state-owned incubation vehicle Technoport, and attracted around 4,000 attendees at the last event in April 2019.