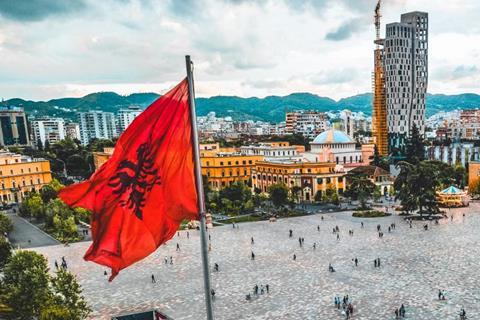 A plan by Vodafone Albania to acquire local cable TV provider ApNet came to light via competition authority Autoritetit të Konkurrencës (AKEP), after the regulator invited comments on the deal.

An AKEP press release indicated that Vodafone Albania’s cable subsidiary AbCom signed a buyout agreement in March 2020 with ApNet owners Teeb-Center (85%) and Intel Media (15%), and submitted it to the regulator in July.

Financial details have not been disclosed.

The acquisition forms part of efforts by Vodafone Albania — seen across nearly all of Vodafone’s European markets over the past decade — to gain a stronger convergence footing through piecemeal, incoming M&A moves. This “strategic investment plan” had already been underpinned by the 2019 purchase of market-leading cableco AbCom (Vodafonewatch, #181).

Vodafone Albania denied speculation that the Group was eyeing up a €270m (£245m) exit from the country in mid-2020, and took the opportunity to reiterate its commitment to the country (Vodafonewatch, #188). Then, it pledged a €500m “investment plan” for network infrastructure to support broadband and TV services, though did not offer anything in the way of specifics or a timeframe for this investment, nor how it compares to previous capex figures.

It is not clear how large an add-on ApNet will provide to AbCom and Vodafone Albania’s converged platform, in terms of subscribers and assets. AbCom provided broadband services to 86,000 subscribers as of end-June 2020, compared to state-owned market-leader ALBtelecom’s 133,000. Cable TV market share figures are not available for ApNet. Vodafone Albania is the country’s largest mobile operator, with 1.72 million mobile customers at 30 September 2020.