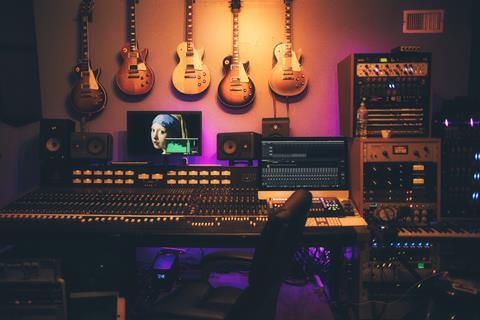 According to the latter, the partnership is expected to be officially rubberstamped in January 2021, following a “successful technical integration” between the two businesses during 2020, and a beta programme that secured 5,000 subscribers. The beta phase trial centred on developing a new customer payment platform for Mdundo’s ad‑free “premium” subscription content offering (which could ultimately be powered by the Group’s m‑money service M‑PESA).

Mdundo said this jointly created payment platform is a “proof of concept to develop further agreements within Africa” — perhaps with other OpCos, but the announcement was vague on detail.

The startup’s music service — a catalogue in excess of 1.6 million tracks — is available online through mdundo.com and via an app on Google’s Play store for Android smartphone devices (an iOS version was said to be in the pipeline). Mdundo — which is said to have more than five million users via its website and Android app, equating to 20 million‑plus downloads per month — also serves as a platform for African artists to sell their music and promises to share revenue with content creators. mdundo.com, moreover, already appears to be linked with M‑PESA, enabling users to block out in‑music advertisements for a small fee.

VdT’s Interim Report for the six months to 30 September 2020 re‑emphasised the operator’s long‑running commitment to building “diverse revenue streams” through digital service offerings (Vodafonewatch, #147). Indeed, while the scope of its arrangement with Mdundo is unclear, the telco does offer a blueprint for integration through its existing digital product set (see below), which is accessible to customers via mobile subscription:

Founded in 2013, Denmark‑based Mdundo has office space is in Nairobi, Kenya, is backed by seed investment vehicle 88mph (supported by Google), and already holds a licence agreement with Warner Music Group to stream its catalogue across East Africa. It is headed by Chief Executive Martin Møller Nielsen, a Danish entrepreneur and former 88mph employee.

The news comes with Mdundo implementing an aggressive investment and geographic expansion strategy across developing markets (notably in Kenya and Tanzania) to meet a growing demand for legitimate music services across the continent. As part of its operational ramp‑up, the startup disclosed in its Q1 2020/21 results that it is scaling in‑app ad sales via numerous pan‑African “advertisement deals”, including with Safaricom in Kenya. It recently listed shares on the Danish stock market, raising approximately DKK 40m (£4.8m/€5.4m) through an initial public offering, and, following the deal with VdT, expects annual revenue growth of 140% in FY 20–21, and a corresponding increase in monthly active users of 70%‑80% to 8.5 million–9.0 million in June 2021, and 18 million by 2022.