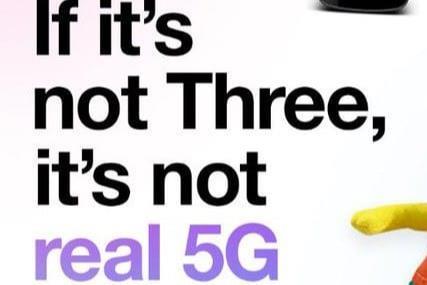 Three UK’s “misleading” 5G advertising campaign was banned after complaints from Vodafone UK (VfUK) and BT. The campaign described Three’s 5G provision as the UK’s only “real 5G” because it owns more 5G‑capable spectrum frequency than VfUK, EE, and Telefónica UK (O2 UK). In late‑March 2020, after complaints to the UK’s Advertising Standards Authority (ASA) led by VfUK and BT, the ASA ruled that the adverts misled by suggesting that the “service offered by competitors did not provide the significantly faster speeds that 5G was expected to provide”.