Safaricom to put network disaggregation into the wild 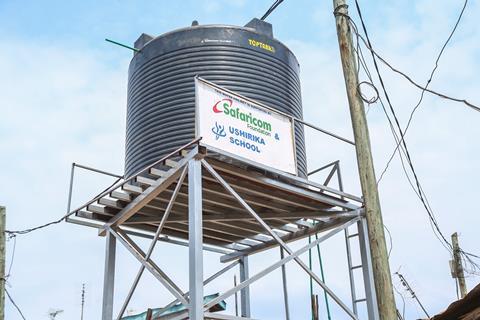 Safaricom to put network disaggregation in the wild

Safaricom became the latest Vodafone business to highlight it is stepping into the realm of network disaggregation, kicking off an assessment of prospective service and technology partners.

A request for information (RFI) put out by the Kenyan operator in August 2020 indicated it is looking to bring solutions based on unbundled hardware and software into its backhaul, data centre, and access infrastructure (although with an apparent greater onus on fibre/GPON than radio).

Following the RFI, Safaricom plans to work with validated suppliers on a proof of concept, before moving to the request‑for-proposals stage.

The operator — which has not previously highlighted any prep work on disaggregation — emphasised interest in the scale and efficiency benefits typically associated with open network kit, and sees the project as a springboard towards more widespread adoption of software-defined networking (SDN) technology within its infrastructure, increasing flexibility and speed.

Solution providers must have “SDN‑ready” technology and show they have had their systems validated by industry organisations such as the Open Compute Project, Linux Foundation, Open Networking Foundation, or Telecom Infra Project (TIP), the RFI stipulated.

Not a short‑term play

Safaricom did not provide a timeline for the overall plan, and, as elsewhere in Vodafone, it does not appear that disaggregated network technology will have a major early role in enabling the operator’s 5G services.

Safaricom recently suggested it was working towards a 5G debut later in 2020, and name‑checked 5G preparations as a factor in recent infrastructure deals with Nokia on GPON and Aviat Networks on multi‑band microwave backhaul (Vodafonewatch, #188). As well as being a long‑time Safaricom partner, Aviat is one of the vendors working alongside Vodafone, and others, within TIP’s Disaggregated Cell Site Gateway Project Group.

Vodafone has previously flagged rural access in African and other developing markets as a key initial use‑case for open and disaggregated network kit, trialling open RAN systems in Democratic Republic of Congo, Ghana, India, Mozambique, South Africa (a lab trial), and Turkey alongside vendors including Mavenir and Parallel Wireless (Vodafonewatch, #187 and passim).

Nonetheless, as acknowledged by Vodafone, there remain significant barriers to full deployment and exploitation of open RAN, including around culture, organisation, and cost, and timelines for mass‑scale impact remain unclear.