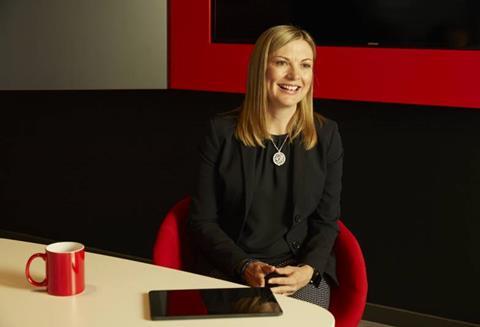 The Vodafone Hungary CEO will replace Anne O’Leary from 15 September 2022 when the latter takes up a new challenge at Meta, overseeing EMEA sales for Facebook’s parent company.

In a LinkedIn post, Nelson said she “couldn’t be more honoured and delighted” to lead a business with “such a strong history of purpose, customer excellence, and impact”.

“ It has been a privilege to be the CEO in Hungary these last five years. I will never forget the amazing country and people here. ”

Nelson has spent more than 25 years with Vodafone, initially in Japan back in 1998. In an eight-year stint at Vodafone Netherlands, she rose from Regional Finance Executive to Marketing Director, before taking on the role of CEO and Chairwoman at Vodafone Malta in November 2013.

Most recently, in her capacity as Vodafone Hungary CEO, Nelson oversaw the integration of Liberty Global’s UPC business and supporting the digitalisation of small- and medium-size enterprises during the pandemic. Under Nelson’s tenure, 5G was rolled out in Budapest and other densely populated areas in the country.

The announcement follows confirmation in late-August of Vodafone’s intentions to sell off its Hungarian assets. Vodafone Malta, meanwhile, was offloaded to Monaco Telecom in a deal valuing it at €250m (£215m) back in December 2019 (Vodafonewatch, #181).