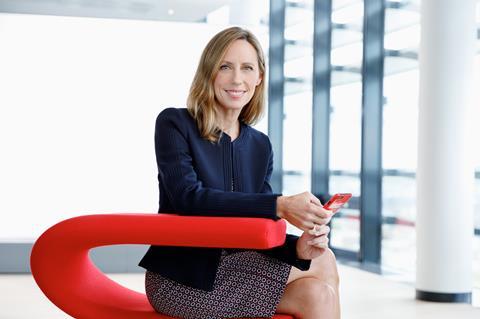 Vodafone Germany Human Resources Director Bettina Karsch is to transition to the same role at the operator’s EU Cluster later this year. In the new role, she will be responsible for leading HR transformation within the cluster, which encompasses Vodafone’s nine regional businesses beyond its ‘big four’ markets of Germany, Italy, Spain, and the UK.

She will remain at Vodafone Germany until a successor is appointed, before taking her new position on 1 September 2021. Karsch joined Vodafone Spain in 2013 as HR Director before switching to Germany three years later. Previously, she was HR Director, Mediterranean and Central Europe at sustainable energy provider Vestas.

“In Germany she created a blueprint for a modern and future-oriented personnel strategy. Other Vodafone markets are now also benefiting from this.”

Karsch’s transition to a broader European remit chimes with signals that Group Chief Financial Officer Margherita Della Valle’s is set to move to a “Phase Two” of operating expenditure reduction and transformation within Vodafone’s regional businesses.

Vodafone has also been reshuffling Technology executives as part of a centralisation IT and networks operations across Europe.