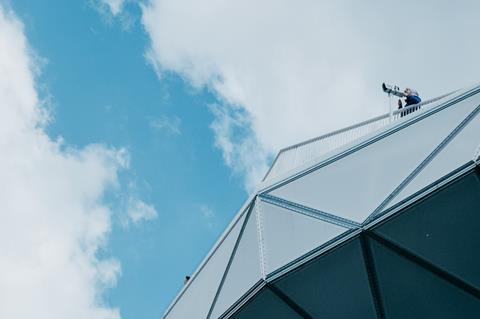 Germany’s mobile network operators (MNOs) will be hoping that their pitch as a ‘safe pair of hands’ on campus networks will continue to resonate, as ‘local’ 5G allocations increase, with Vodafone Germany (VfD) notably prominent with its RedBox Ericsson partnership.

According to regulator Bundesnetzagentur (Federal Networks Agency/BNetzA), it had received 78 local 5G network applications, as of 21 September 2020, with 74 granted and more anticipated. This represents a substantial increase from April, when approvals stood at 43, and it appears that enterprises are embracing the nation’s liberalisation of localised, mid‑band (3.7GHz/3.8GHz) rights for agricultural, industrial, and research organisations, which commenced in 2019.

By TelcoTitans’ estimate, over 47% of identified allocations have gone to a service or technology provider of some sort (IT, network, etc.), 34% to industry players, and 18% to research bodies. The enabler allocations could be for service provision, relate to specific clients, or be for internal R&D.

BNetzA is now consulting on plans to also make 24.25GHz–27.5GHz concessions available for local 5G applications. The deadline for comments on draft regulation was 31 August 2020.

Previously, BASF (Deutsche Telekomwatch, #94), Mugler, and LS telcom were among the few divulging their intention to apply. Now, BNetzA has been permitted to publish details of 38 applicants. Although BASF does not feature on this new list, the chemical group has confirmed to Vodafonewatch that it is in receipt of 5G allocation for its Ludwigshafen site.

There are notable additions in the list, including Huawei Technologies in Düsseldorf (Vodafone Germany’s backyard) and carmakers Audi and Mercedes‑Benz, the latter having collaborated with Telefónica Deutschland (O2 Germany) and Ericsson on installation of a 5G campus network at its new Factory 56 in Sindelfingen (Telefónicawatch, #146).

Audi, in turn, has partnered with Telekom Deutschland (Deutsche Telekomwatch, #88) on 5G trials in the city of Ingolstadt. More recently, the carmaker teamed up with Ericsson on the use of 5G connectivity to support industrial robots.

MNOs had been critical of the BNetzA’s ‘industry band’ plan. Failing to block it, they now pitch themselves as key campus network partners, pushing for end‑to‑end responsibility across connectivity, service, and solutions.

Vodafone Germany appears to be seizing the opportunity with gusto. Surfing on the coattails of the BNetzA update on local 5G allocations, the operator indicated that it is working with almost 200 organisations on 5G campus networks. It also hailed publicly-confirmed projects, such as its collaboration with e.GO and Ericsson on electric car production, and partnership with Lufthansa Technik and Nokia on the construction of a 5G campus network at an aircraft hangar at Hamburg Airport (Vodafonewatch, #185).

More recently, Vodafone Germany unveiled a project with the Universitätsklinikum teaching hospital in Düsseldorf for the development of what it described as the first 5G clinic in Europe. The clinic’s 5G campus network will apparently be based on Vodafone RedBox — which forms the central component of Vodafone Business Campus Private, which was launched in June 2020 as its “first 5G product for industry”.