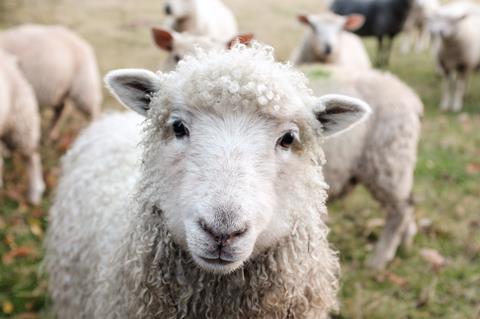 The move — which adds a new layer of network collaboration for VfUK, beyond its Cornerstone Telecommunications Infrastructure joint venture with O2 UK — was confirmed by the UK’s Department for Digital, Culture, Media and Sport (DCMS) two days ahead of a perceived deadline of 11 March 2020, coinciding with the government’s annual Budget announcement.

The government confirmed, as previously set out, that the SRN will cost £1.03bn (€1.14bn), with £532m coming from the operators themselves, to fund network expansion in “partial not‑spots”; and the government contributing £500m to support outreach to the most remote and “commercially unviable” locations. According to the DCMS, the project will expand geographical 4G coverage to 95% of the UK by the end of 2025, and, within this, provide “guaranteed coverage” to 280,000 premises and 16,000km of roads that currently receive poor or no signal.

Although long in the making, and not without cross-operator squabbling, Nick Jeffery, Chief Executive (CEO) of VfUK, trumpeted the programme as “unmatched anywhere in the world”. “It will mean an end to mobile ‘not‑spots’ for people in the more remote areas, whether they are at home, at work, or on the move. We will now get on with the job of delivering it”, he added. Mark Evans, Chief Executive (CEO) of O2 UK, as a “leading example of how to deliver infrastructure investment”.

The practicalities of the collaboration will be managed by Digital Mobile Spectrum Limited (DMSL), a joint entity (formerly called MitCo) that was originally set up by the UK’s mobile operators to tackle 4G interference issues after liberalisation of 800MHz and 2.6GHz spectrum (Vodafonewatch, #106). Ben Roome, a former Nortel and Nokia Siemens Networks’ executive, appears set to remain CEO at DMSL, which updated its Articles of Association in early-March 2020 to account for the expanded brief.

Regulator Ofcom will enforce operators’ “legally binding coverage commitments”, with the power to issue fines of “up to 10% of an operator’s gross revenue” if they do not hit targets. The obligations have come in the form of amendments to their 900MHz and/or 1800MHz licences, although it is not clear if their requirements are specific to these bands.

The new obligations add a fresh layer of regulatory requirements to those placed on UK operators after they first acquired 4G licences. O2 UK’s propagation-friendly 800MHz concession, issued in 2013, mandated the operator to deliver indoor data coverage to 98% of UK premises by 31 December 2017, and Ofcom has since validated O2 UK’s completion of this task, aided by the Cornerstone JV with VfUK. Under pressure from Ofcom, all four operators also committed in 2014 to achieve 90%-geographical voice coverage across the UK by 31 December 2017, and are again said to have ticked this box.

In particular focus is how the agreement deals with EE’s reported push for special compensation to provide access to its rural infrastructure, seen as more widespread than rivals’. This had evidently intensified the cut‑and-thrust of the negotiations. Evans had suggested EE’s tactic could “undermine the viability of the project” (Telefónicawatch, #140) and it was subsequently mooted that O2 UK, Three, and Vodafone could go it alone on the SRN, as EE’s proposal would have apparently made it less costly to build out their own infrastructure than buy access on their rival’s network.

One aspect of the SRN is that coverage responsibilities differ between operators on a regional basis. It appears that these discrepancies are not just geared towards spreading workload, but also to account for the operators’ varying “baselines”, and possibly assuaging EE’s reported complaints.

According to Ofcom documentation on its “compliance verification methodology”, for example:

Regarding connecting up premises, the operators have a collective, 280,000-target, but Three has the greatest burden, with a mandate to cover 140,000 facilities that were not within range of its network as of September 2019. O2 UK and Vodafone sit in the middle, with 90,000 each and EE is (ostensibly) the least put‑upon, with a 40,000-target. It appears there will be some overlap between their efforts, as individually, their obligations add up to 360,000 extra premises.

With roads, O2 UK will seemingly be the heaviest lifter, with a brief to connect 10,000km of tarmac beyond its September 2019 baseline. This compares with just 4,000km for both EE and Three, and 8,500km for VfUK.

Meanwhile, 4G Infill project could be undermined by SRN plans

Firming up of the SRN deal throws the spotlight on a less than spectacular success story for UK operator collaboration on rural networks: the Scottish 4G Infill (S4GI) programme, a government scheme to extend 4G coverage to ‘not‑spots’ across the Scottish Highlands and Islands.

The programme published a report on developments since its inception in March 2018 and, although the document was described as a “progress update”, actual advancement was minimal. The £25m project set out to build a relatively small, but strategically significant, network of 45 new masts in locations currently under‑served by network infrastructure, to be delivered via a partnership with managed network service provider WHP Telecoms, and bankrolled with £10m from the European Union’s Regional Development Fund and £15m from the Scottish government.

The progress made over the past two years is limited. One mast — at New Luce in Wigtownshire in the south west of Scotland — is now live. VfUK is the only operator offering 2G, 3G, and 4G mobile broadband from the tower, with EE expected to follow suit imminently. O2 and Three remain quiet on their plans for engagement, but it appears there is little interest from the pair. Bar the single operational mast, there remain 23 scheduled to be rolled out by 2022, with the remaining 20 dropped from the plans altogether. Each mast needs a trio of agreements to be made — between landowners, local planning authorities, and at least one willing mobile operator — which has proved harder to secure than initially anticipated.

While VfUK is the only service provider currently in operation on an S4GI mast, EE appears to be the most committed to supporting the project. In a February 2020 update, the Scottish government singled out EE as “providing service from a majority of sites in the programme”.

Speaking in October 2019, Paul Wheelhouse, Scottish Minister for Energy, Connectivity and the Islands, had pinned responsibility for S4GI’s poor performance squarely on the providers, saying that the “biggest challenge is trying to attract interest from mobile operators to actually utilise the masts”.

There is an undeniable similarity between the lack of operator commitment in Scotland and SRN frustrations. However, S4GI’s issues have been on a much longer burn and appear further along the road to at least partial abandonment, indicated most prominently by the removal of 25 candidate sites because “no mobile operators have committed to using them”. Plans for a further site were abandoned after planning permission was refused. With SRN coffers far outweighing S4GI’s, it may be that the conclusion of the former will determine the fate of S4GI sites.