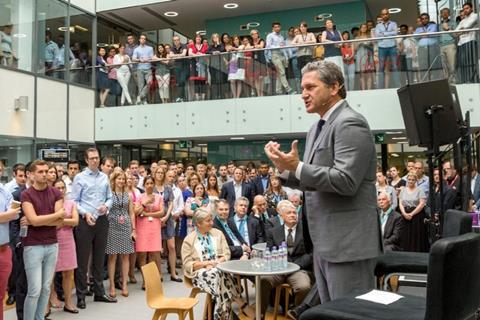 Mike Fries, Chief Executive of Liberty Global, received the highest total compensation out of his CEO peers among the biggest telecoms operators in Europe last year, according to Bloomberg.

However, the latest figure is significantly down on FY19, when Fries received more than $123m and was ranked the highest paid US telecoms CEO — ahead of second‑placed Randall Stephenson, then CEO of AT&T.

Bloomberg pointed out that Fries earns considerably more than his UK‑based counterpart Nick Read. The Vodafone Group CEO, who has close ties with Fries owing to the VodafoneZiggo joint venture, was paid about £3.6m in the year to 31 March 2021.

Read also earns less than Deutsche Telekom CEO Timotheus Höttges, who was paid about €7m in FY21 according to DT’s latest Annual Report.