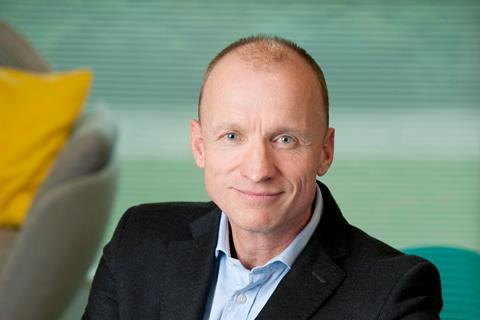 Swantee is set to join the Board on 27 July 2021, subject to shareholder approval at the Group’s Annual General Meeting. He will also sit on the Audit & Risk Committee.

On the announcement, van Boxmeer highlighted Swantee’s “strong track record of value creation” and said it will be leveraged to drive Vodafone’s “next stage” of strategic development — an apparent reference to the strategic refresh management indicated they were considering in November.

Swantee has a history with various competitors of Vodafone and it is noteworthy that van Boxmeer, in one of his first public acts, has chosen to bring a high-profile telecoms industry executive onto the Group’s Board. With the exception of Sanjiv Ahuja’s appointment in 2019, Vodafone has traditionally preferred to hire directors from outside the sector, evidently valuing outside perspectives but not from too close a vantage point.

Swantee left Orange (also Ahuja’s former stomping ground), where he was Executive Vice‑President for Europe, in 2011 to lead EE as Chief Executive (CEO) for five years. During that time, he transformed the operator into a valuable‑enough asset for Orange and co‑parent Deutsche Telekom to secure a sale to BT Group.

He then moved to Swiss telco (and Vodafone Partner Markets ally) Sunrise Communications, where he was CEO until early‑2020. He also had a spell at on the T‑Mobile US Board, and is currently a Non‑Executive Director at Swedish incumbent Telia Company (though he has confirmed he will not stand for re‑election in April 2021).

In mid‑2020 he made a move to private equity when appointed Strategic Advisor at Warburg Pincus, which was followed by his appointment as Executive Chairman at Community Fibre, the London‑based full‑fibre operator Warburg Pincus recently acquired control over, in partnership with Deutsche Telekom Capital Partners (BTwatch, #315).

His Vodafone appointment came with news of Swantee’s election as Chairman at Mobilezone, the Swiss retailer. He will replace Urs Fischer, also a former Sunrise CEO, in April.