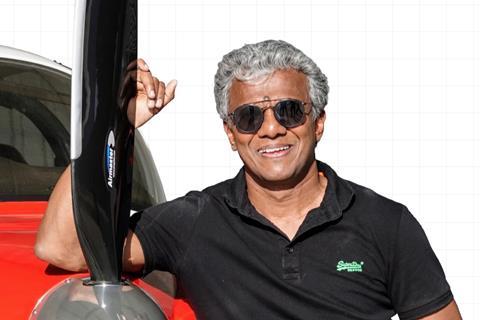 Vasin Govender, who was named CEO today after an “extensive” search, will steer the South African business in its next phase of commercialisation under parent Vodacom Group.

Govender was most recently Founder and CEO at Hardpear Capital. Before that he spent 25 years at Accenture South Africa, leaving in 2019 as Managing Director. During his time at Accenture, he held several Account Executive roles for Fortune 500 companies, with leadership positions in South Africa and abroad.

Steyn, co‑founder and CEO until his departure from IoT.nxt in March 2021, left a vacancy filled on an interim basis by Shane Cooper, who will now revert to his Chief Operating Officer role (Vodafonewatch, #196).

Govender described IoT.nxt as a “young and dynamic startup”. When the business was brought into the Vodacom fold via a stake buyout in 2019, there were some concerns it would lose its autonomy. Those fears have seemingly been unrealised, with IoT.nxt’s growth driven by partnerships with big‑name clients including mining group Anglo American, security services provider G4S, and automaker Toyota, alongside deals with Vodacom and Vodafone entities in Africa and Europe (Vodafonewatch, #175, #187, 196–#199, and passim).

He went on to outline ambitions to “dominate the global market”. In recent months senior appointments have been made in the US, identified as a key market over the past year, with Eric Steller named President for IoT.nxt Americas (Vodafonewatch, #200 and #203).