Elsewhere in Vodafone Europe: 5G tested across the bloc 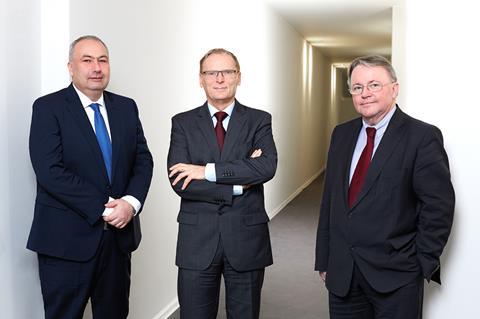 Germany: Bundesnetzagentur (Federal Networks Agency/BNetzA) flagged that it had received 93 local 5G network applications by mid‑November 2020 — with 88 now granted — up from the 74 of 78 submissions the regulator had approved a month earlier (Vodafonewatch, #189). Vodafone Germany (VfD) rivals Deutsche Telekom and Telefónica Deutschland were among the organisations to have moved to secure licences — but the OpCo itself was not. The three telcos had been critical of the BNetzA’s ‘industry band’ plan, but, failing to block it, now pitch themselves as key campus partners, pushing for end‑to‑end responsibility across connectivity, service, and solutions. VfD indicated in September 2020 that it was working with almost 200 organisations on campus networks.

VfD flagged a partnership with security specialist ABUS Security to offer the OpCo’s customers the Vodafone Smart Lock. The digital lock is controlled through a user’s smartphone.

Italy: Vodafone Italy (VfIt) was fined €12.3m (£11.2m) by the country’s data protection ombudsman for unlawfully processing the personal data of “millions” of customers for telemarketing purposes. The OpCo is required to implement systems that demonstrate it complies with European Union General Data Protection Regulation consent requirements. VfIt reportedly cited “human error” as the primary reason for the lapse.

Spain: Vodafone Spain (VfS) flagged its involvement in two 5G technology trials. In the first, which also involves Huawei Technologies and IBM, the OpCo is providing its 5G network for a trial with the Port of Barcelona to geolocate ships in real‑time using artificial intelligence, cloud computing, and edge computing. The OpCo is also working on a 5G agriculture trial with infrastructure provider Cellnex Telecom in the Andalucia region.

US-based Pareteum Corporation, a supplier of cloud services to network operators — and close partner of VfS on enabling virtual operators (Vodafonewatch, #152 and passim) — delisted from Nasdaq. A continued inability to restate its financials for the FY18 and H1 FY19 periods, when Pareteum acknowledges it booked revenue inappropriately, saw it fall foul of Nasdaq rules. In an open letter to shareholders, Pareteum insisted that it was its “firm intent to complete the restatements, and relist on Nasdaq or another national securities exchange at the earliest opportunity”.

VfS tied with French audio technology specialist Devialet and equipment manufacturer Sagemcom to develop its first smart speaker with integrated Amazon Alexa. The voice-controlled device, branded Vodafone Atika, is designed to enable customers to use the Vodafone TV service without a remote control.

VfUK is to deploy a 5G mobile private network for an ocean-based marine testbed based in Plymouth, underpinned by Nokia equipment. The Smart Sound Plymouth network will be accessible from early‑2021 by eligible businesses to test 5G use‑cases, including advanced applied autonomy, Internet of Things-based environmental monitoring, and smart-shipping. The project is part-funded by the European Regional Development Fund and Heart of the South West Local Enterprise Partnership.

mce Systems, a mobile device lifecycle management solutions provider, highlighted an agreement with VfUK for the implementation of its Omni‑Channel Trade‑In services platform. The solution enables the OpCo’s customers to trade in iPhone 8 and 10 handsets for the latest model via the MyVodafone app. The deal was said to complement mce’s existing services for diagnostics and content transfer available across VfUK’s network of retail outlets.

VfUK was among providers yet to formally join an Ofcom‑led scheme to provide automatic compensation to customers facing broadband outages. The voluntary programme was launched in April 2019. The OpCo originally pledged to join by the end of 2019. Those that join the scheme agree to compensate customers that do not receive a fix to their broadband within two days of a fault occurring.

EU Cluster: in a claimed country‑first, Vodafone Hungary’s 5G network was used to transmit high‑resolution x‑rays by a student at the Széchenyi István University in Győr. The project was supported by device manufacturer Innomed Medical.

VodafoneZiggo (VfZ) developed a 5G‑based tool to enable visually impaired Paralympic champion Tristan Bangma to race solo at a velodrome. The system, which uses LiDAR sensors to detect other riders, relays data over a 5G network to a computer, and then converts the data to an audio transmission fed into the cyclist’s earpiece. It was showcased by VfZ to promote 5G.

Bridge Technologies, a technology solutions provider for the digital media and telecoms sectors, said it had supplied 40 broadcast probes to VfZ, as part of an upgrade to the operator’s cable network. The installation was completed by Bridge Technologies’ Dutch business partner Burst Video. Burst Video also secured a five‑year service agreement with VfZ.