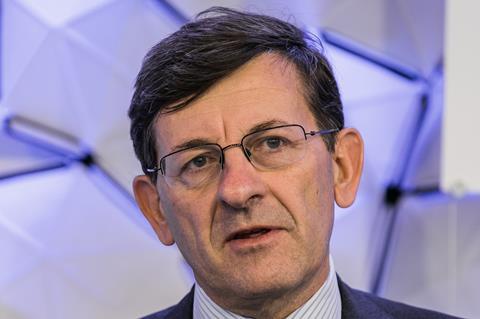 Former Vodafone Group Chief Executive (CEO) Vittorio Colao was put forward as one of the names in the running to take the recently‑vacated Ferrari top‑spot — although rumours were quickly quashed.

Following the resignation of Ferrari CEO Louis Camilleri on 10 December 2020, Italian papers reported Colao as a potential replacement. Someone “close” to Colao told Reuters that the reports were baseless.

Camilleri cited personal reasons for his departure, which comes just over two years after taking the position. Recent weeks have seen him fighting COVID‑19 in hospital, though this was not confirmed to be related to his decision to step down. Executive Chairman John Elkann is stepping in for Camilleri in the interim, with Ferrari yet to comment regarding a permanent successor. “It will take the appropriate time”, the automaker said.

Italian broadsheet Il Sole 24 Ore was among those to flag rumours that Colao was a potential replacement for Camilleri. Other would‑be successors include Apple’s former Chief Design Officer Jony Ive and current Chief Financial Officer Luca Maestri, according to the reports.

Colao ready for a new venture?

Colao exited Vodafone in 2018, after a decade in charge, making way for Chief Financial Officer and understudy Nick Read.

During his tenure, Colao earned (and was careful to protect) a reputation among investors as reliable — but as regularly argued by Vodafonewatch, was lacking in dynamism — maximising cash returns for shareholders in the short term, but not setting off many fireworks in terms of enabling longer-term growth (Vodafonewatch, #165 and passim).

Since his departure, he has positioned himself in several advisory roles in the Italian public and private sectors, while evidently keeping his options open. He was appointed in mid-2019 as Vice‑Chair for the Europe, Middle East, and Africa region at private equity group General Atlantic, to help “localise intellect” in Italy, and was this year chosen to oversee a government taskforce advising on post-COVID‑19 economic recovery plans (Vodafonewatch, #185).

Elsewhere, he is Non‑Executive Director at Unilever and advisor for Como‑based charity Cometa, the Oxford Martin School, and Università Bocconi. He is also a Non‑Executive Director at US telco Verizon Communications, to whom he oversaw the sale of Vodafone’s 45%‑stake in Verizon Wireless, for some $130bn (£98bn/€107bn), in arguably the pivotal moment of his Group tenure (Vodafonewatch, #117).