China Mobile, Vodafone Idea cloud tie up said to be on cards 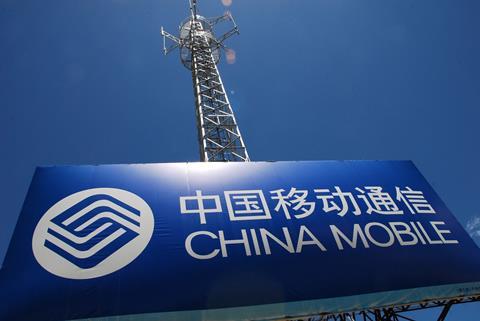 China Mobile cloud tie up said to be on cards

Vodafone Idea (VfI) reportedly refused to comment on speculation it was engaged in talks with China Mobile on the creation of a cloud network alliance in India, also possibly involving rival operator Bharti Airtel.

The report appears to have originated from publication Mint, which cited a source as saying that China Mobile executives had met the senior managements of VfI and Airtel on separate occasions in December 2019.

Former Vodafone investment China Mobile, which is seeking new investment opportunities outside its domestic market via China Mobile Investment Holdings, is said to have proposed an arrangement that is similar to Singapore Telecommunications’ (Singtel) cooperation with Airtel. Singtel owns a 48% stake in Bharti Telecom, which gives it effective ownership of about 35% of Airtel. The reports suggest China Mobile favours the establishment of a holding company with VfI and/or Airtel, leaving day‑to‑day business operations in the hands of the local partner or partners.

VfI has put refreshing its partner ecosystem at the centre of its post‑merger integration and turnaround strategy, and this has already extended to business development activity by enterprise arm Vodafone Idea Business Services (VIBS). VIBS has recently tied with: infrastructure ally Nokia on software-defined networking-based enterprise communications services; Microsoft on connectivity for Microsoft Azure services; and close IT services partner IBM on the launch of Vodafone Secure Device Manager. The new service, announced in January 2020, is supported by IBM Security MaaS360 unified endpoint management technology, based on its Watson artificial intelligence platform (Vodafonewatch, #181 and passim).