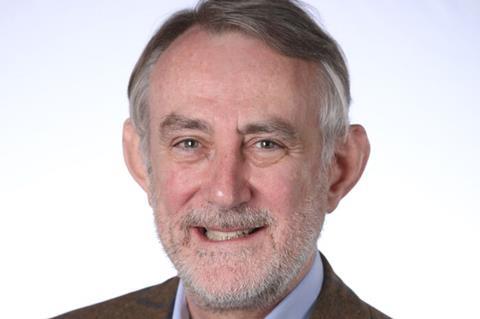 The move — the result of a long search for a successor to Kleisterlee, first flagged in early-2019 (Vodafonewatch, #174 and #175) — will see the Belgian join Vodafone’s Board of Directors on 28 July 2020, if shareholder approval is gained at the Group’s coming Annual General Meeting (AGM). He is then expected to step into Kleisterlee’s shoes on 3 November 2020.

While not mandatory, UK corporate governance guidelines recommend board tenures are restricted to nine years, and Kleisterlee is set to linger beyond this by a few months, having taken over the Group Chairman role from Sir John Bond back in late-July 2011 (Vodafonewatch, #91).

Van Boxmeer announced he was set to leave Heineken in mid-2019 and handed over the reins to his successor Dolf van den Brink on 1 June 2020, while retaining a seat on Heineken’s Board.

Though he leaves with the business in growth — generating a 5.6%-increase in net revenue during his last financial year, and beating analyst estimates — he may be stepping away at an opportune time (and leaving his replacement with a tough job). Van Boxmeer fuelled significant shareholder return at Heineken (371% over his 15-year tenure, according to Reuters) via expansion in emerging markets and development of new product categories, but growth is seen as becoming progressively harder to maintain for the venerable Dutch business, and globally, coronavirus restrictions are hitting the drinks industry hard.

Van Boxmeer had been CEO at Heineken since 2005, and indeed has spent his whole career at the drinks maker. But while a big name in European business, many of Vodafone’s employees, partners, and stakeholders will likely have responded to news of his appointment with the response: “who?”.

What has Vodafone seen in him to put a one-company-man, first-time chairman, and industry outsider at the helm of its business?

Perhaps more reminiscent of Vodafone’s glory years than struggles over the past decade, van Boxmeer’s more recent M&A deals at Heineken tended to centre around emerging markets — whether by geography or segment. They include a 2010 takeover of assets from Mexican brewer Femsa Cerveza, a 2015 exchange of Asian and African-centred interests with Diageo, and the acquisition of a stake in US craft brewery Lagunitas, also in 2015. In 2017, it bought Brasil Kirin, the Brazilian unit of Japan’s Kirin Holdings, and in 2018, it agreed a beer-focused strategic partnership with China Resources Enterprise. While Vodafone has in recent times been focusing on integrating with peers facing similar challenges as its own, Heineken rebuffed a merger approach from rival SABMiller in 2014, willing to set the stage for the latter’s acquisition by Anheuser-Busch InBev in 2016. Heineken developed into a global player during van Boxmeer’s time in charge — Vodafone spent the same years largely on the retreat as growth stuttered.

Van Boxmeer’s options for a board refresh look limited

Vodafone’s Board line-up saw an almost-complete refit during the Kleisterlee era, albeit without any obvious impact on Group fortunes (Vodafonewatch, passim). This means the majority of directors are relatively new, and indicates that if van Boxmeer is seeking to give the Board a major refresh, it will likely be a time-consuming and complex exercise. Renée James is the only remaining board member that was not a Kleisterlee appointment.