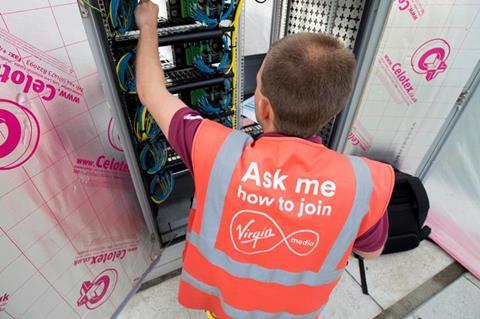 Ahead of the announcement of its planned joint venture with Telefónica UK (O2 UK), Virgin Media highlighted a new deal that will see it provide fibre backhaul for 3,000‑plus 5G sites for CK Hutchison’s Three UK.

Although it appears that the cableco may be somewhat hyping up the deal, it does demonstrate that the proposed new converged player will be in a position to compete more intensely for mobile services contracts with BT Group’s access services and wholesale operations. With O2, Virgin Media is also considering an expansion of its Project Lightning fibre deployment programme across the UK, purportedly building on Telefónica Group’s infrastructure expertise, which may open up new battlegrounds in parts of the UK that are predominantly Openreach country.

Conversely, though, once Virgin Media becomes a direct mobile network operator (MNO) competitor, its own appeal to peers — and opportunities for collaboration — may be somewhat diminished.

Converging network could cause complications

At the time that the Three deal was announced, Virgin Media Business was talking itself up as the UK’s “bastion for backhaul” for 5G, citing an earlier contract secured to handle a significant amount of Vodafone UK’s backhaul needs — seemingly a part of the deal that saw Virgin Media turn to Vodafone as its wholesale mobile partner, replacing EE (BTwatch, #308).

However, that backhaul agreement must now be in serious doubt as Virgin Media looks to extricate itself from its mobile virtual network operator deal in light of the plans with O2. Indeed, the prospect of wholesale contracts with the increasingly squeezed Vodafone could become more remote if the latter seeks out a closer partnership with Openreach, as an anchor tenant supporting its accelerated fibre rollout (or perhaps even as a new investor or investment partner). BT’s rising fibre ambitions, and its momentous decision to suspend its dividend, certainly indicate it could use the cash.

Meanwhile, Three has been weaning itself from Openreach and BT services for some time, and already has other partners in place that are not also potential mobile infrastructure competitors. It unveiled a similar deal to the Virgin Media agreement with fibre altnet CityFibre in February 2020, and the fibre altnet described itself at the time as Three’s “preferred provider” of 5G backhaul connectivity. In mid‑2019, the MNO also entered an agreement with SSE Telecom to unbundle exchanges to manage its own fibre backhaul for 4G and 5G services in parts of London.