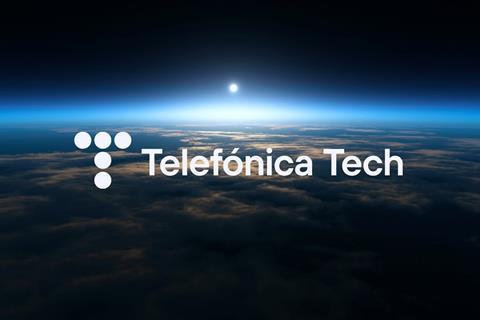 Telefónica has initiated its plan to sell a minority stake of up to 49% in growth-oriented digital services division Telefónica Tech, reports Cinco Días.

“Several” private equity funds have shown an interest in the asset, according to “financial sources”, with London-headquartered Apax Partners namechecked. Europa Press further reported that the sale process will begin in earnest “at the turn of the summer”. The unit is said has received valuations of around €1bn. Telefónica has not made a comment on the claims.

Reports as early as January last year — not long after the division was unveiled in November 2019 — indicated that Morgan Stanley had been appointed key advisor to identify potential investors, adding fuel to the impression that divestment was part of the plan from the outset (Telefónicawatch, #140). Cinco Días reports that professional services firm KPMG has been appointed alongside Morgan Stanley to oversee the spin-out — reuniting the pair that advised on and managed creation of the Telefónica Tech division.

Big on ambition, less so in reality

In Telefónica’s financial results for the quarter to 31 March 2021 (Q1 FY21), Telefónica Tech was described as a “key growth driver for the Group”, with particular reference to the 25.1% year-on-year revenue growth in the quarter. Revenue only stood at €166m (£142m), however, suggesting the unit is rather more modest than management would like to portray. Tech claimed to “reach” 5.5 million enterprise customers, though exactly how that figure was calculated is unclear.

Earlier this month, Altostratus Cloud Consulting joined the Cloud & Cybersecurity Tech gang. Its acquisition built on what Altostratus Chief Executive Daniel Aldea described as “several years of working together”. The unit provides multi-cloud services, and is a Google Cloud ‘Premier Partner’ for Southern Europe. For Telefónica Tech, the addition bolsters its position with “the main hyperscalers”, Telefónica said.

Telefónica Tech’s early years have not been without their hiccups. Pedro Pablo Pérez, who headed the cybersecurity portion of the division and was ElevenPaths CEO, was one of four executives that left the Group in February 2021 amid fraud allegations relating to “irregularities” in ElevenPaths’ M&A activity.

Telefónica has in 2021 been continuing its endeavour to reduce Group debt by monetising physical assets and infrastructure, whether via sales, mergers, or joint ventures. Activity has included: