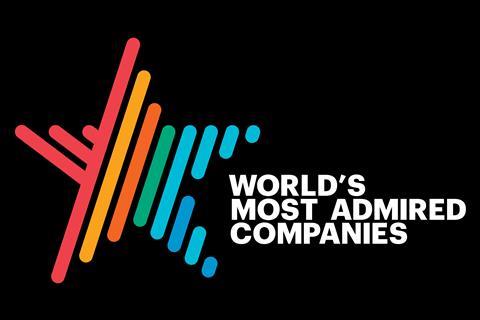 Telefónica Group was the most highly rated European telecoms operator in Europe within Fortune magazine’s annual ranking of The World’s [300] Most Admired Companies. Telefónica was also the only Spanish company of any sector to feature. With an overall score of 6.47 points out of ten, it placed fourth in the telecoms sector, behind AT&T (7.26) and Verizon (6.81). Telefónica’s latest placing represents a fall of one position in the sector on the previous two years (Telefónicawatch, #123 and #133), with the Spanish telco overtaken by SoftBank Group (which scored 6.55). Deutsche Telekom ranked fifth (5.99), followed by América Móvil (5.87) and Vodafone (5.84), with Orange seemingly displaced in this year’s rankings. Technology giants Apple and Amazon placed first and second, respectively, with Microsoft in third. The ranking, which analyses companies from 50 industries, was prepared from nearly 3,800 interviews with analysts, directors, executives, and experts.