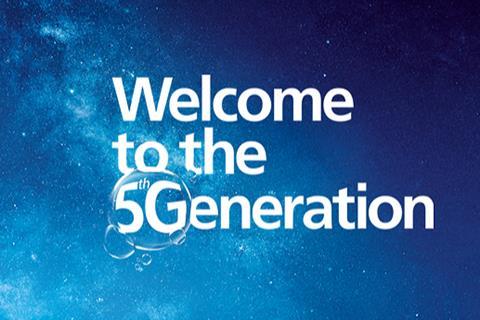 In mid-January 2021, the operator’s coverage reached 150 towns and cities. It means O2 can claim its rollout is thus far on track, with limited availability in several new locations — including newly reached Bournemouth, Doncaster, and Southampton. It is also said to have improved coverage in larger cities including Birmingham, London, and Manchester.

Looking good, from some angles

O2 was a little late to launch its 5G network, besting only Three UK in its October 2019 entrance when compared with the four mobile network operators (MNO). However, it looks to be catching up with its rivals steadily, thanks perhaps to an early commitment to Ericsson and Nokia rather than the since-frozen out Huawei (Telefónicawatch, #140 and passim).

Allera’s EE claims to have reached 125 “locations” — denoting 5G availability in 125 towns and cities across the UK — but noted that it could claim to cover “around 200” if it were to “loosen its criteria like some competitors”.

The thinly veiled attack also criticised the data behind Vodafone UK’s claim to have the “best” 5G in London and Three UK’s claim to be “the UK’s fastest”.

O2 UK Chief Operating Officer Derek McManus opted to play the green card for his part: “we’re proud of leading the charge from an environmental point of view, with 67% of our estate powered by renewable energy as we work with landlords to encourage usage of more renewable sources”.

The expansion to O2’s 5G coverage comes ahead of the UK’s much-anticipated ‘5G-ready’ spectrum auction, scheduled for the first quarter of 2021 although seemingly facing delays. Initially expected early in the year, on 25 January 2021 UK regulator Ofcom confirmed the bidding would not begin until March 2021 at the earliest. The date set may yet slip further, with Ofcom saying it will “continue to monitor developments” regarding the ongoing pandemic as the year progresses. Each of the four MNOs is due to participate in the auction, which will sell off spectrum in the 700MHz and 3.6GHz–3.8GHz bands.

Beyond the UK, a number of other Telefónica markets are hosting spectrum auctions in the coming months. A precedent was set during 2020 for delays in auctions procedures, but plans are in place for the sales in three of the four “core markets”. Colombia is also expected to auction spectrum in late-2021.

Innovation in the wings, too

The project, led by television industry body Digital TV Group, aims to leverage 5G networks to provide live coverage of sporting events using “further-evolved multimedia broadcast & multicast service” (FeMBMS): a technology that takes a single stream and broadcasts it to multiple users, reducing bandwidth and processing requirements. It also enables the broadcast of multiple angles of an event, in high-definition, with interactive elements. The project will be actioned across three ‘phases’:

First, a trial at the Digital Catapult lab in London, followed by a demonstration at an O2-branded venue.

Pending the success of the previous two phases, a live sports event demonstration at O2-sponsored Twickenham. This third phase is tentatively scheduled for between November 2021 and February 2022.

Five of the projects — 5G AMC 2, 5G Logistics, Connected Cowes, Eden Universe, and Live and Wild — will incorporate an element of open radio access network testing. This is expected to support the government’s 5G Diversification Strategy: a plan to increase vendor diversity in the wake of restrictions on the use of ‘high-risk vendors’ — principally, Huawei Technologies — which has resulted in over-reliance on Ericsson and Nokia in the UK’s infrastructure (BTwatch, #318).