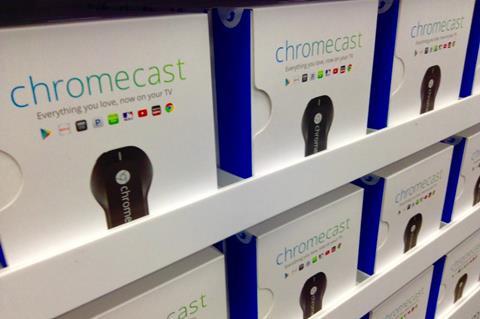 Telefónica España confirmed that content from its Movistar+ pay‑TV platform can now be ‘cast’ to television sets via Google Chromecast. The media-streaming dongle, which enables content to be controlled and consumed on televisions via users’ devices, is also compatible with the Movistar+ Lite service. The functionality is currently available to Android users, with support to be “later” extended to iOS devices. Movistar+ Lite, launched in June 2019, is priced at €8 per-month for coverage on two devices, and is available to customers of other operators.