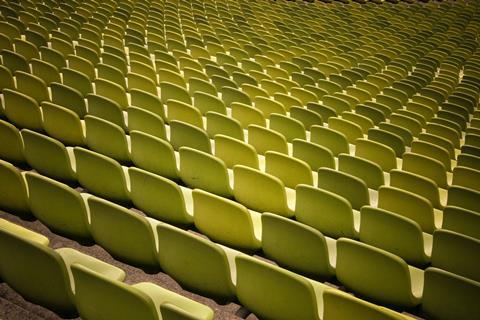 European telcos have been waiting impatiently for regulators to free up much-needed 5G-enabling spectrum, with many auctions dragged out due to bickering between operators and with regulators over licensing conditions. Now, as COVID-19 continues its grim journey, auction timetables are in even more disarray in a number of European countries and placing an even larger question mark over operators’ spend plans.

In the UK, there is considerable uncertainty over the country’s planned auction of frequencies in the 700MHz and 3.6GHz–3.8GHz bands, tabled for later in 2020. Telefónica UK (O2 UK) has apparently warned regulator Ofcom that it intends to mount a legal challenge to the auction rules, having long cited concerns around mid-band spectrum fragmentation (Telefónicawatch, #138, #140, and #141).

Ofcom made it clear when it published the final rules for the auction that it had no intention of intervening to guarantee spectrum contiguity for all operators. However, O2 UK and Vodafone UK are both reportedly continuing to warn that this approach will harm competition. It seems that O2 UK has made use of a “letter before claim” to raise concerns that were not resolved during Ofcom’s previous consultations.

The UK auction has not been postponed as such, given that Ofcom had not set a firm start date — but the regulator has paused much of its consultation work in view of the pandemic, and the auction will take place later than originally planned. The Financial Times quoted one source as saying that a legal dispute could further delay the sale by up-to-18 months.

An earlier report in The Sunday Telegraph suggested Vodafone UK has called on the government to scrap the auction, because of the pandemic — and instead allocate the spectrum fairly among the four UK operators at the reserve price of £1bn (€1.15bn). The Group apparently outlined its proposals in a letter written to Oliver Dowden, the UK Culture Secretary, and industry rivals.

In Ofcom’s Plan of Work 2020/21, it is notable that the regulator has assigned 2020–2021 as the ‘milestone’ for the planned 5G auction. As is the case in a number of European markets, the pandemic has delayed efforts to clear digital television services from the 700MHz band in order to release this spectrum for mobile data. Ofcom said the final two 700MHz clearance events, scheduled for April 2020, have now been postponed. “As a result, the 700MHz clearance programme will now be paused until restrictions due to the coronavirus are relaxed”, the regulator said.

The European Commission has set 30 June 2020 as the deadline for European Union (EU) member states to clear the 700MHz band for mobile data services. Reallocations can be delayed by up to two years if there is a justified reason, including force majeure.

According to the European 5G Observatory, as of April 2020:

The USA continues to provide a stark contrast to many European markets. Mobile network operators now appear well-resourced following a number of low- and high-band spectrum auctions in 2017–2020, as well as consolidation of much of Sprint and T-Mobile US’ portfolio through their recent mega-merger.