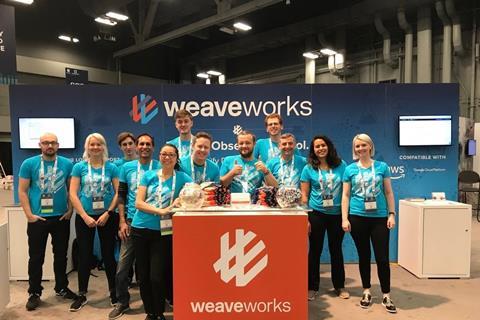 Deutsche Telekom’s Telekom Innovation Pool (TIP) was among the investors in a $36m (£27m/€30m) funding round by Weaveworks, creator of Kubernetes cluster management and application delivery tool GitOps.

Weaveworks will use the capital investment to accelerate an ongoing commercial expansion effort, as well as to “enhance” the GitOps platform. It currently has a presence in the UK and the USA, where it was founded in 2014, and claims to have posted “triple‑digit” growth over the past three years (although has not disclosed an actual revenue number).

GitOps aims to simplify the transition from legacy to cloud‑native infrastructure — acting, according to Weaveworks Chief Executive Alexis Richardson, as an “on ramp and a standard operating model, delivering automation, policy compliance, and security”.

Weaveworks’ addition to the TIP portfolio hints at plans by Deutsche Telekom for collaboration with Weaveworks beyond the simple finances. As well as supporting internal spinoffs from DT, TIP targets external startups that are of “major strategic relevance” to the Group, and has a history of establishing partnerships beyond financing (Deutsche Telekomwatch, #95 and passim). It has upped external investment activity markedly in the last few months, taking equity in security player Cynet, everphone, and others.

Till Stenzel, Managing Director of the Advisory Team at Deutsche Telekom Capital Partners (DTCP), which helps steer TIP within DT, said the investment reflected a belief that GitOps represents an attractive tool for both enterprises and telcos. “They need a consistent deployment framework for applications and infrastructure”, he said.

No commercial or technical tie‑up between DT and Weaveworks has yet been announced.

Kubernetes has been of keen interest to DT and other operators for some time. DT Vice‑President for Cloudified Production Nathan Rader said Kubernetes were the “main transformation component” on the road to cloud‑native infrastructure and seeing deployments across the Group, including as part of the Open Telekom Cloud and in T‑Mobile US’ proprietary Conduktor platform (Deutsche Telekomwatch, #99).

Other DTCP investments have also reflected this interest in containerisation solutions. Epsagon, in which the vehicle invested in mid‑2020, is a software‑as‑a‑service provider that gives enterprises visibility into the state of their Kubernetes containers, among other things (Deutsche Telekomwatch, #96).