T‑Mobile US boardroom given a refresh 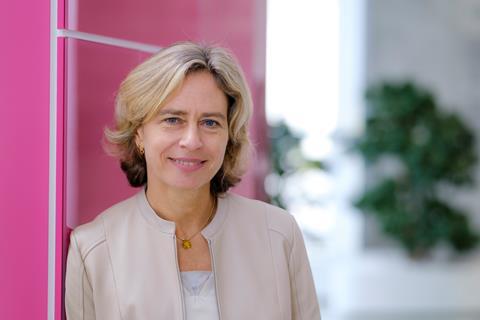 Dominique Leroy swaps in for Gopalan

Deutsche Telekom refreshed and filled out its representation on the T‑Mobile US Board of Directors.

A changing of the guard has seen Telekom Deutschland Chief Executive (CEO) Srini Gopalan resign his T‑Mobile US directorship and be replaced by Dominique Leroy — a like‑for‑like replacement reflecting Leroy’s recent move into Gopalan’s former position as CEO of Europe at Deutsche Telekom.

In addition, Leroy was named a member of T‑Mobile US’ Nomination & Corporate Governance Committee to complete the swap.

Seats added to the top‑table

The German operator also took the opportunity to strengthen its hold on the T‑Mobile US Board following an increase in the grouping to 14 seats, appointing two executives to fill it out.

Tazi joined the Group in 2018 and was promptly named Chairman for the operator’s tech incubator hubraum in the summer of that year. He is a former Orange EVP and Oracle Chief Evangelist, and a serial startup founder. Wilkins, a relative Deutsche Telekom veteran, joined in 2001 as EVP Controlling at what was then T‑Mobile Deutschland.

As well as strengthening Group oversight of T‑Mobile US, this could increase the flow of influence coming in the other direction, seeing the traditionally arms‑length US business provide more input into developments within Deutsche Telekom’s European-based operations, especially via Tazi and Leroy.