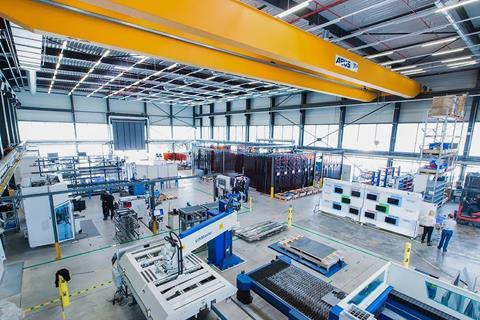 TMCZ launched the private campus network on 8th July 2020 following the signing of a memorandum of understanding in December 2019. The move forms part of DT’s wider campus network activity in markets including Austria, Croatia, Germany, and Hungary (Deutsche Telekomwatch, #94 and passim).

The network in Ostrava, described as the first private 5G‑ready campus network in the Czech Republic, is currently operated by TMCZ and uses the NatCo’s 4G spectrum (in an unspecified band) as well as equipment from networking partner Ericsson. A total of six base stations have been constructed to cover key parts of the campus.

There are plans to add 5G spectrum in the coming weeks. Miroslav Vozňák, Professor and Department Chair at VŠB‑TUO, told Deutsche Telekomwatch that the university was recently assigned 40MHz of 5G frequencies in the 3,460MHz–3,500MHz band by Czech regulator Český telekomunikační úřad (ČTÚ) “for experimental purposes”. He said both 4G and 5G spectrum will be used to test different use‑cases.

Vozňák said TMCZ identified the university as a suitable site for a pilot campus network in the Czech Republic, pointing to its close connections with industry and location in a highly industrialised area. “There is an obvious link between 5G and Industry 4.0”, he added.

Vozňák said several inquiries have already been received from organisations that want to test their products on a 5G network, including manufacturers of antennas, RF modules, and virtual reality headsets. A 3D printing centre, PROTOLAB, has already been opened, and are there are plans to inaugurate a new ‘smart‑factory’ with fully automated production in October 2020.

In terms of 5G auction plans for the wider Czech market, Vozňák said the “optimistic” view is that a spectrum auction will be carried out in autumn 2020. He noted that the somewhat contentious issue of private 5G licences forms part of the ČTÚ’s consultation of new auction rules launched on 4 June 2020.

Vozňák also pointed to the recent award of 5G test licences to five towns and cities — Bílina, Jeseník, Karlovy Vary (Carlsbad), Plzeň (Pilsen), and Ústí nad Labem — following a competition organised by the Ministry of Industry and Trade and the Ministry of Regional Developme