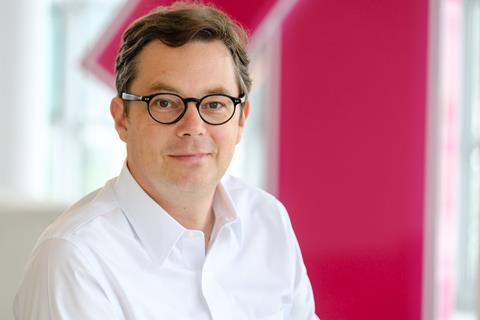 Key tie‑ups established by Blankenburg included Telekom Deutschland’s two fibre‑building joint ventures — Glasfaser Nordwest (with EWE) and GlasfaserPlus (with IFM Investors) — although the former has been hampered by legal and regulatory issues (Deutsche Telekomwatch, #107 and passim).

Blankenburg pointed to these JVs as evidence that his job was complete, adding that “solutions exist today for the challenges we identified four years ago”.

The partnerships are one of a number of tactics being employed by the operator to help stretch out its financial resource when it comes to fibre-to-the-premises infrastructure rollout and efforts to meet a headline target of passing ten million households with fibre by the end of 2024.

Telekom Deutschland Chief Executive Srini Gopalan — who launched a major refresh of the operator’s fibre strategy and goals shortly after his appointment in 2021 (Deutsche Telekomwatch, #105) — thanked Blankenburg for being a key player in “crucial” projects. He also, intriguing, called the executive a “valuable sparring partner in strategic decisions”.

As well as the new JVs, Gopalan underlined Blankenburg’s role in tying up what he described as €15bn (£13bn) worth of wholesale fibre contracts and strengthening the operator’s dialogue with local government on rural expansion. Telekom Deutschland has entered expanded wholesale deals with 1&1 Versatel, Telefónica Deutschland, and Vodafone Germany over the past year or more (Deutsche Telekomwatch, #98, #102, and #112).