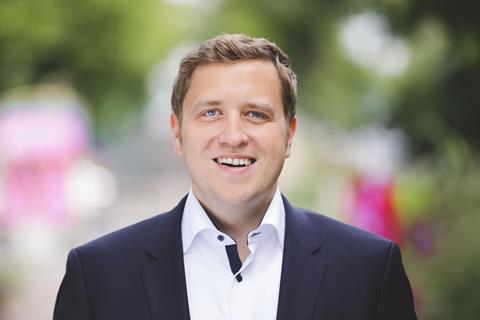 Outsider front and centre, insiders in the wings

Ludewig is new to the Group. Most recently he was Head of Digitalisation & Innovation in the German government’s Ministry of Health, and before that was a Member of the House of Representatives in the Berlin State Assembly, during which time he was health policy spokesperson for the CDU party. Before his time in politics, he was a Senior Consultant at PwC.

Also on the Health Industry management team are Wilfried Bauer and Udo Lingen. Both have been at T‑Systems for over two decades.

Lingen, previously SVP for Health Industry, will now focus on customer relations within the T‑Systems’ healthcare business. He was tasked with overseeing growth in the health sector for the Austria, Germany, and Switzerland region as recently as November 2021, having previously led the Health Insurance function (Deutsche Telekomwatch, #110).

Ludewig will manage a team of 700 employees dedicated to the health industry, according to T‑Systems. Al‑Saleh sought to promote the appointment as confirmation of T‑Systems’ commitment to the market. Ludewig is expected to “powerfully drive the strategic development and successful positioning of T‑Systems” in healthcare, the CEO said.

Healthcare is one of four verticals targeted by T‑Systems, with automotive, public sector, and public transport the others. It is also building up expertise in four horizontal growth areas: advisory, digital services, cloud services, and security. It aims to increase its focus areas “based on our expertise”, T‑Systems said.

In its annual reporting for the year to 31 December 2021 (FY21), Deutsche Telekom noted that T‑Systems’ healthcare sector was “developing positively”. It posted double‑digit growth rates in telehealth and cloud services, the Group added, although it did not break out exact figures for the segment.