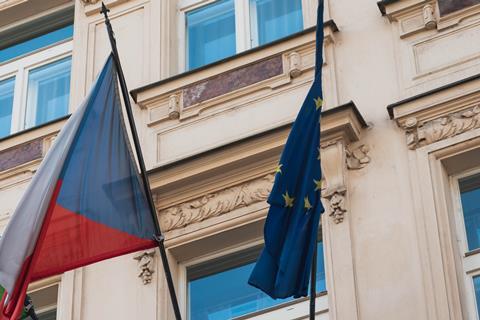 T-Mobile Czech Republic  and O2 CZ have settled a long-running antitrust dispute with amended network-sharing agreements (NSA) to pave the way for a national 5G infrastructure.

CETIN, O2, and T-Mobile submitted the fresh drafts in 2021 and they were trialled late in the year, before being amended and accepted by the Commission this month (Deutsche Telekomwatch, #108).

Commitments, which apply to the NSAs until they expire in October 2033, include:

The Commission has made the commitments “legally binding”, and they come with the threat of a fine worth 10% of the operator’s total annual turnover. For T-Mobile, that was €1.15bn (£970m) in the year to 31 December 2021.

The story so far

The agreements were first signed in 2011 and began operating in 2012, with a combined network covering 85% of the population. After the EC launched an investigation into initial NSAs in 2016, they were found to be anti-competitive in 2019. Further objections were filed in mid-2021.

One concern was an issue with incentives for investment in networks outside of an operator’s core footprint. Another was the capacity to provide fair connectivity access and speeds across the country regardless of the infrastructure provider. Further, a privacy concern was raised around the amount of data being shared across the CETIN and T-Mobile networks (Deutsche Telekomwatch, #2, #58, #88, and #101).

Martin Orgoník, External Relations Director at T-Mobile, told local outlet Lupa that the Commission’s decision will “increase the predictability of competition rules for operators throughout Europe”.

“ We assured the Commission that even when sharing active devices, we can ensure that the operators concerned have the freedom and motivation to continue to innovate and modernise their networks independently. ”

Competition Commissioner Margrethe Vestager said the renewed commitments combat the financial and technical “disincentives” of network sharing. “Network sharing can bring efficiencies… but such cooperation can also dampen the incentives of mobile operators to independently improve their network and services”.

The initial NSAs between CETIN, O2, and T-Mobile “did not strike the right balance”, she added. The operators avoided incurring fines by agreeing to the amended deals.