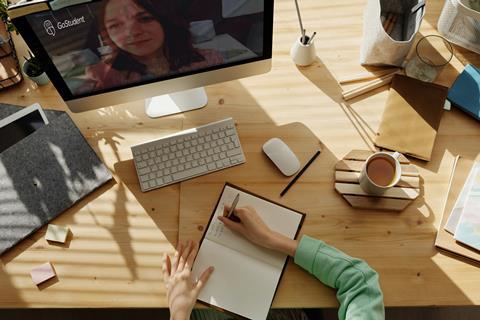 The Vienna-based one-to-one tutoring startup raised a further €300m from investors, led by Dutch venture capitalist Prosus, with DT and SoftBank’s Vision Fund II among the participants. Others included Coatue, Dragoneer, Left Lane Capital, and Tencent. The move forms an extension of the €205m raised in June 2021’s Series-D round.

The funding follows DT’s expanded tie-up with SoftBank, signed in mid-2021. This led to the opening of some new strategic horizons, including “investment collaboration” between the pair (Deutsche Telekomwatch, #107).

Marcelo Claure, then-Chief Executive (CEO) of SoftBank Group International, said at the time that the two were ready to “immediately” partner on three Vision Fund investments, GoStudent among them. Fintech player Revolut and e-scooter vendor TIER Mobility were the other two namechecked in an interview with CNBC in September 2021.

Of the three, GoStudent sits in the middle of the pack in terms of valuation at $3.4bn (€3bn). Revolut is a giant in comparison, with its SoftBank-led Series-E round in July 2021 giving it a $33bn valuation. TIER Mobility’s most recent funding came in October 2021 when it raised $200m in another SoftBank-led round to reach a valuation of $2bn. TIER Mobility described the October tranche as the “first close” of its Series-D round, and additional funds are expected to be raised in the coming months.

Among SoftBank’s recent venturing activity was participation in a funding round for German Internet of Things services provider 1NCE — an existing DT investment in which the Group invested further in the €43m funding round during mid-2021 (Deutsche Telekomwatch, #99 and #107).

Claure resigned from his roles as CEO of SoftBank Group International and Chief Operating Officer of SoftBank Group Corp. at the end of January 2022, reportedly over a compensation disagreement with CEO Masayoshi Son. He has been instrumental in refreshing the ties with DT, building on relationships forged when he was President of Sprint, and helped to orchestrate the merger with T-Mobile US (TMUS). A DT spokesperson said the new strategic partnership between DT and SoftBank is “a partnership of companies”, when asked how Claure’s departure will affect the collaboration plans. Claure was also expected to be offered a seat on DT’s Supervisory Board as part of the share-swap deal with SoftBank that saw the Japanese conglomerate acquire a 4.5% share of DT, which was announced at the same time as the strategic partnership. It is not yet known who SoftBank will propose for the seat on DT’s board in Claure’s place. Claure is still listed as a member of TMUS’s Board of Directors.

GoStudent founder and CEO Felix Ohswald has previously floated the prospect of an initial public offering in the near future, and raised the possibility of signing deals with content providers as one avenue to growth. “This is just the beginning for us”, he declared in an announcement video.

Omar Tazi, Senior Vice-President for Innovation, Products & Customer Experience at DT, said the Group is now a “strategic partner” for GoStudent and will support expansion “in our large footprint”.

GoStudent’s strategic plan is to increase its share of existing markets, expand into new geographies, and grow via mergers and acquisitions, most recently exemplified by a September 2021 buyout of school-oriented communications platform Fox Education.

By way of market expansion, GoStudent has customers in 22 countries as of January 2022. Ohswald has previously said that the only markets GoStudent will not focus on initially are China and India, given the wealth of ed-tech competition in those countries.

While DT’s strategic partnership will support growth in the startup’s European footprint, it may also aid expansion into the USA, a new region for GoStudent. In 2022, it has a target to enter a minimum of six new markets in three regions: Asia-Pacific, the Middle East and North Africa, and the USA.

Worth noting is that GoStudent is one of only two ed-tech unicorns (startups with a €1bn+ valuation) in Europe. The other, Norway’s Kahoot!, also earned SoftBank backing via a $215m investment in 2020 before it went public in mid-2021.