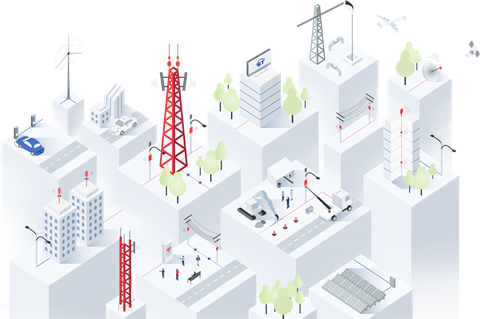 Deutsche Telekom’s Telekom Innovation Pool (TIP) highlighted its participation in a Series‑C investment round for project management platform provider and Vodafone ‘Scale‑up of the Year 2020’ Sitetracker.

On the right tracks

In 2020, Sitetracker earned the title “Breakthrough Scale‑up of the Year” from Vodafone Group during its annual Supplier Awards (Vodafonewatch, #191). It has received business support from Tomorrow Street, the Vodafone‑backed, Luxembourg‑based scale‑up centre.

Vodafone is also listed as a Sitetracker partner, with the supplier securing a contract from Vodafone UK in 2019, to help the OpCo deploy critical infrastructure (Vodafonewatch, #186). On receiving the award, Incitti said Sitetracker had worked with “multiple Vodafone groups” over the past two years, and had forged an apparently strong relationship.

Other Sitetracker customers include BT Group and Ericsson. No Deutsche Telekom NatCos are listed among its clients.

TIP’s investment marks its first activity of 2021 following a relatively busy 2020 that saw investments in companies diverse both in geography and in technology focus.

Though Sitetracker does have an office in the UK, its Palo Alto HQ makes it the first US‑based company to receive TIP backing since smart‑glasses joint venture tooz technologies in 2018 (the product of a Deutsche Telekom partnership with ZEISS — Deutsche Telekomwatch, #71). Since then, TIP investments have been primarily European and Israeli, with the exception of India’s Rtbrick.