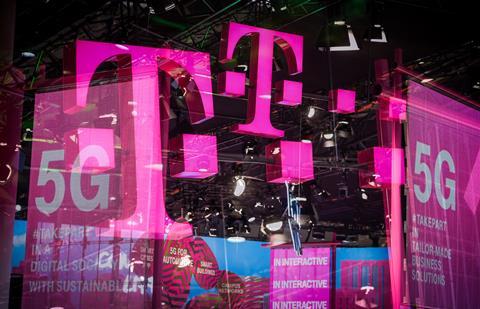 The availability of 5G services is still somewhat limited, with coverage currently focused on parts of Budapest and Zalaegerszeg. Only two 5G smartphones are included in the NatCo’s portfolio, the LG V50 and the Huawei Mate 20X 5G, although Samsung 5G smartphones are to be added soon and MT said it will release 5G‑capable devices from “several manufacturers” by the end of 2020.

MT HU was certainly quick to launch services after the auction, although it is not the first Hungarian mobile network operator (MNO) to provide the next-generation mobile services: Vodafone Hungary launched 5G services in 2019 using 3.6GHz frequencies acquired in 2016.

During the spectrum auction organised by Nemzeti Média- és Hírközlési Hatóság (National Media and Infocommunications Authority/NMHH), MT HU laid out a total of HUF 54.24bn (€153m), making it the biggest spender. It paid:

NMHH confirmed that the three MNOs — MT HU, Telenor Hungary, and Vodafone Hungary — paid a total of HUF 128.5bn for the spectrum licences. It noted that competition was fierce for 700MHz frequencies, and no bids were submitted for lots in the 2.6GHz band. Reuters reported that the auction proceedings were nearly double the initial target of HUF 70bn. It seems that a preliminary bid stage on 11 March 2020 indicated that demand outstripped supply, particularly regarding the 700MHz band, prompting the NMHH to proceed to a secondary auction.

Vodafone acquired 80MHz across the three frequency bands for HUF 38.65bn, while Telenor Hungary presumably paid HUF 35.6bn. MT HU gained the biggest allocation at 2.1GHz, and joint equal biggest at 700MHz (with Vodafone). Telenor secured the biggest chunk (140MHz) of 3.6GHz spectrum, but tempered this by failing to win any licences in the 2.1GHz band.

As previously indicated, the 5G auction did not usher in any new entrants after the only other applicant — RCS & RDS-owned pay‑TV and broadband player Digi — was blocked from taking part (Deutsche Telekomwatch, #87). However, Digi has already issued a statement claiming that the outcome of the auction was “unfair”, and has called on NMHH to withdraw the results. It also flagged its intention to pursue legal action over its exclusion from the process. In November 2019, Digi Hungary and Ericsson started live 5G network testing in Budapest using a 20MHz frequency block in the operator’s existing 3.4GHz spectrum allocation.

Despite the controversy, Hungary was at least able to complete the auction in the face of the COVID‑19 pandemic. NMHH said the sell‑off took place under “special” conditions, including onsite supervision and protective equipment for all participants.

Elsewhere in Europe, the picture around auctions is muddier. Regional telcos have been waiting impatiently for regulators to free up 5G‑enabling spectrum, with many auctions dragged out due to bickering over licensing conditions. Now, as COVID‑19 continues its grim journey, timetables are in even more disarray in a number of countries and placing an even larger question mark over operators’ spend plans. The European Commission is likely to be forced to extend the current deadline of 30 June 2020 for European Union member states to allocate the 700MHz band to 5G.

According to the European 5G Observatory, as of April 2020:

Meanwhile, the USA continues to provide a stark contrast to many European markets. Mobile network operators now appear well‑resourced following a number of low- and high-band spectrum auctions in 2017–2020, as well as consolidation of much of Sprint and T‑Mobile US’ portfolio through their recent mega‑merger.