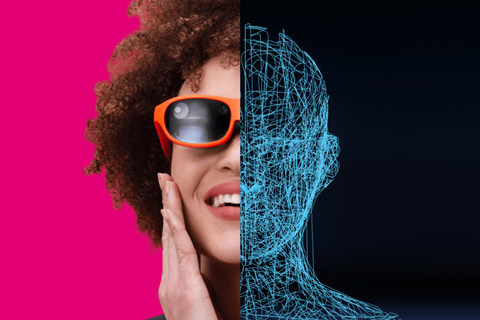 The programme is the product of a partnership between hubraum, chipset-maker Qualcomm, and MR headset manufacturer Nreal. Unveiled in early-2020, it has been seeking startups with commercially-viable apps. The first six were welcomed in September 2020, with a further seven showcased at yesterday’s Demo Day.

Some 150 startups applied to the programme, according to Axel Menneking, Managing Director of hubraum. For the 13 that were selected, the MR Program offers the opportunity to work with engineering teams from Deutsche Telekom and Nreal, along with access to Nreal’s Light DevKit (a hardware package supporting development of MR solutions), mentorship, and networking opportunities. On completion, there is “potential” for hubraum investment, although only one player — Australia’s tagSpace — has been flagged as having received funding so far.

The latest iteration of Nreal hardware aims to provide a more affordable consumer entry point, and is expected to retail at around €799 in Germany. There are slim pickings in terms of competitors. Magic Leap, ostensibly Nreal’s closest competitor until 2020, markets a $2,200 (€1,800) headset and last year pivoted to focus on enterprise customers.

Nreal and hubraum’s partnership is more developer-focused. With Nreal’s hardware, hubraum is hunting for “killer apps” to draw consumers in.

Research from P&S Intelligence projects that the MR sector will grow from $18.5bn in 2019 to $1trn by 2030. The majority of this growth is expected to come from consumer engagement, with MR for gaming, travel, and tourism the predicted drivers.

The hubraum-germinated MR Program is one of several avenues Deutsche Telekom is exploring to identify commercially-viable use-cases for augmented- and extended-reality (AR/XR) technology. The unit’s preceding 5G Consumer Entertainment and 5G Prototyping programmes both named MR as a technology of interest.

Deutsche Telekom is also partnered with optical lens specialist Carl Zeiss on a smart-glasses joint venture, tooz technologies. Though quiet in recent years when compared to the hubraum–Nreal partnership, tooz did release a software developer kit in China in late-2020, three-years after the JV was launched (Deutsche Telekomwatch, #61, #101, and passim). Deutsche Telekom’s 50% stake in tooz is held via the Telekom Innovation Pool.

Other smart glasses players include Dynabook, Konica Minolta, and RealWare, all of which are Deutsche Telekom Campus Network solution partners and market AR hardware solely to enterprise customers.